A youth club is a centre for communication and self-cognition 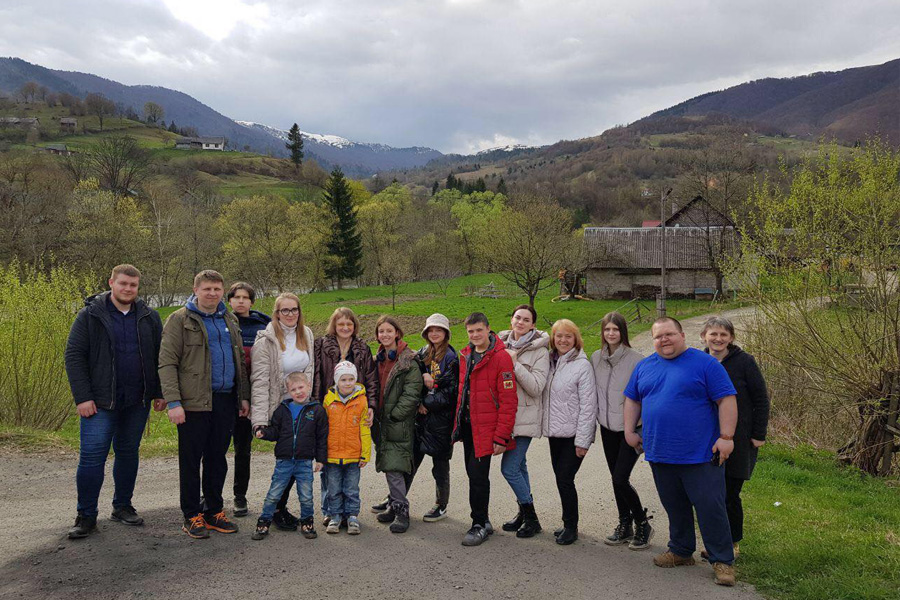 Since the beginning of the war, the Centre for IDPs arranged by Caritas-Spes has housed over 20,000 people, mainly mothers with their children and elderly people. People come to this hospitable accommodation, calm down and start planning what to do next. Many families have gone abroad. Some have returned home. But many still do not wish to leave their own country and prefer to wait until the situation in their region improves. Such people have been living in the Caritas-Spes Centre. The people are communicating, gathering, doing their chores and spending their time together.

Being ardent, cheerful and curious, our younger generations are drawing most attention. The school year is not yet over, with the youngsters attending online lessons regularly and enjoying being attached to their devices. You can also see them playing volleyball or ping pong. But in order to gather them all in the Centre, the sisters have come up with an idea of arranging a youth club for children aged between 12 and 18. The teenagers learn the principles of catechism, play different games such as Mafia or Uno, make pizzas, arrange tea-drinking, watch films and go on trips to the picturesque spots of the Carpathian Mountains. Making common cause, the teenagers befriend one another quite easily. Such events are held by Diana Konyk and Andriy Horbyk, two people living in the Centre.

Talking about the club activities, Andriy says there are some questions which the teenagers are interested in the most, e.g. “How does a life of a believer differ from that of a non-believer?”, “Is a murder a sin during a war?”, “The roads of life which lead to living a Christian lifestyle, why do people become priests and sisters?”

The priest of the Centre joins the teenagers’ events. The children have great opportunities to receive the answers to their questions. The main goal of the club meetings is to provide some space for communication and cognition of both the principles of faith and yourself.
‘Most of all, the children enjoy spending their time outdoors, going on trips and picnics. During such trips we also have an opportunity to talk about God, trying to excite their curiosity of asking themselves questions and wanting to find the answers to them’, says Andriy.

The organisers are doing their best to make the children who join the club meetings stay socially active in the community that is similar to the one they got used to at home. They are also trying to give the children new impressions, show them new places, get them to know God, let them communicate and become friends.

Both Diana and Andriy are obtaining their goals. It is interesting that the teenagers I talked to in the ‘Caritas-Spes-Yablunytsia’ Centre do not want to return home, claiming they are doing well in the centre.

Lera, 15, Zaporizhzhia
‘It’s safe and fun in here, in the Caritas Centre. My mum’s calm and isn’t worried. It’s also a beautiful place. In our youth club meetings we listen to different stories, play games, eat delicacies, go on trips to beautiful places. We are told many interesting things related to religions and faith. I’m Orthodox and don’t want to change my religion. But it’s interesting to listen to a lot of information that’s been new to me. I’m glad we have the club. It helps gather the people and make friends with them’.

Veronica, 11, Kyiv
‘I like being present at the club meetings, communicating and hanging out with my peers. I like the Centre and don’t wanna go home. It’s beautiful and cosy in here. I’m Orthodox. During one of our meetings Father Dmytro told us the difference between the Catholic and Orthodox. It was very interesting for me to listen to him’.

Nastya, 13, Poltava
‘I don’t wanna go home. I believe we’ll come back home one day but not now. I like having walks here, getting to know new people, playing games. I’ve got new friends here. If the club didn’t exist, it’d be boring in the evenings sometimes. I’d like to go on more trips with our club’.
Author: Olena Bychenok