Caritas-Spes Lutsk: cooperation of centers and active work in Volyn 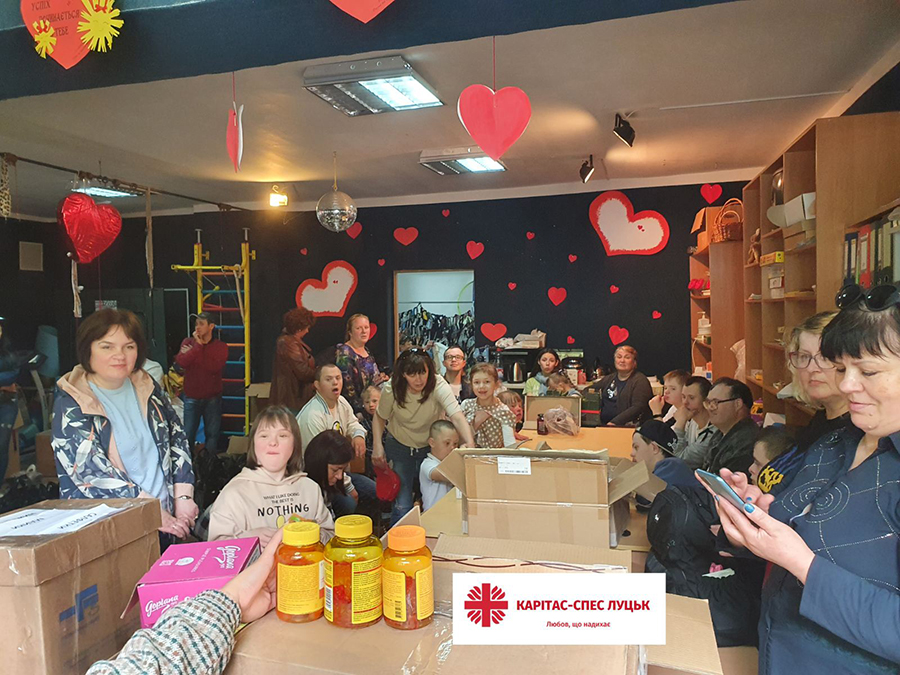 According to the head of Volyn region, since the beginning of the war, Volyn region has received more than 70,000 forced migrants. The city of Lutsk is special for our mission, because we have two powerful centers for IDPs there - the diocesan Caritas-Spes Lutsk headed by Fr. Roman Burnyk and Caritas-Spes Lutsk of the parish of St. Peter and Paul", launched by Fr. Pavlo Khomiak. We would like to dwell upon both teams and different areas of work for the common goal of helping people who have found shelter in Lutsk.

Caritas-Spes Lutsk of the parish of St. Peter and Paul about a powerful volunteer network and help from benefactors

From the first days of the full-scale invasion of Russia on the territory of Ukraine, Caritas-Spes Lutsk of the parish of St. Peter and Paul abounded in volunteering work. An employee of the team, Anastasiia Markiv, said, "The center has a really good volunteer network, set up by Fr. Pavlo Khomiak after the project school in the fall of 2020. The newly created center sought to attract as many volunteers as possible to social activities and in 2021 alone held more than 100 activities, including baking cookies, packing clothes for low-income families, various workshops, cooking lunches for the homeless, helping children in orphanages, supporting centers for children with Down syndrome, charity holidays and concerts."

"In order to understand Lutsk, you have to come here," repeated Fr. Pavlo Khomiak, director of Caritas-Spes Lutsk of the parish of St. Peter and Paul", rector of the cathedral and chancellor of the Lutsk diocese. The father shared that the most important thing for his team is a prompt response to people's needs. Since the beginning of the war, volunteers have been preparing hot lunches for the needy, making dumplings, weaving camouflage nets, supporting Caritas-Spes Lutsk Integration Center in Volyn, the Center for HIV-infected people, maternity homes, organizations that take care of hundreds of children and people with various disabilities and diseases. Before the war Caritas-Spes Lutsk of the parish of St. Peter and Paul  had been feeding homeless and low-income people for five months as part of the Kitchen for the Needy campaign.

Fr. Pavlo emphasized that for his center it is a priority to provide assistance to children and adults who are in a difficult situation during the war and need more support due to their illnesses.

"War time is the time for actions and good deeds. In Lutsk, we were the first organization to provide humanitarian aid. Public organizations from Bucha, Borodianka, Irpin and Kharkiv started contacting us. We also sent goods to Zaporizhzhia. The regional council brought us humanitarian aid and considered us as their partners. We were delivered goods by our friends and good people whom we may not even know. Since the beginning of the war, we have received two full trucks and more than 100 vans of humanitarian cargo,"  says Fr. Pavlo.

In mid-March, the Caritas-Spes Lutsk team of the parish of St. Peter and Paul along with the diocesan Caritas-Spes Lutsk opened a help point at the railway station in Kovel. During the day, volunteers managed to feed about 200 forced migrants, flocking to Lutsk from different parts of Ukraine.

On February 24, on the first day of the full-scale invasion, when explosions were already heard outside Lutsk, 80 volunteers came to the parish house and asked how they could help. Volunteers immediately set up a bomb shelter, hosting today about 200 schoolchildren from a neighboring building and everyone who lives nearby.

"Owing to our ideological inspirer, Fr. Pavlo, a powerful volunteering movement was formed. Since the beginning of the war, people have been interested in helping and telling their friends about us. We also spread our activities to various public groups in social networks joined both by the locals and IDPs. We indicated that we operate and have available resources. We were often asked if we could help with finding jobs, so the team sometimes shares photos of flyers and various job opportunities.

People fulfill me. I may be exhausted in the evening, but the next day there will definitely be a person who will fill up the necessary resource. Sometimes we cry together with those in need, then Fr. Pavlo calms us down. We are not ashamed of our emotions. We have a team where everyone has the right to be themselves. At times we even envy ourselves," shared Anastasiia Markiv.

"People who reach out to us usually need to talk. They want to share their pain. When people leave us smiling and with tears of joy in their eyes, this is my main indicator of doing the right thing. Some IDPs started attending the mass. Caritas-Spes destroys barriers between people. We give people hope," added Fr. Paul.

The diocesan center Caritas-Spes Lutsk was founded in 1999. Over 23 years, the organization has established trusting relations with parishioners. Every year, during the summer months, the Svitiaz children's camp was organized in the village of Pulmo, on the territory of the picturesque and ecologically clean Volyn lakes. The team pays visits to regional parishes, helping the needy with clothes and food.

The Caritas-Spes Lutsk team is rather small as compared to the parish center. Since the beginning of the war, it consists of the director Fr. Roman Burnyk, project manager Iryna Shtan and two more employees - Svitlana and Volodymyr. Ms. Iryna said that the center became more active when the war broke out. First, they distributed their commodity stocks, and from March 12 the center began to accept humanitarian cargo. In total, the diocesan Caritas-Spes Lutsk has received five large trucks with humanitarian aid from Caritas Lublin, two trucks from Przemyśl and two cargoes as part of the project "Response to emergency situations and consequences of hostilities in Ukraine".

Ms. Iryna is responsible for reporting and project activities. She shared that careful accounting of cargo saves the team from misunderstandings at customs, and keeping records and tables allows to determine work efficiency and cover the needs of as many people as possible.

"We contacted Social Policy Department of Lutsk City Council, saying that we have humanitarian aid, and we immediately started packaging food kits ourselves. At first, there were not many people, but during the first week we felt that it would be proper to set a certain day and hours for giving out food. Today we have a live queue every Tuesday from 10 a.m. to 4 p.m. We allow people to come every month, or once a fortnight, in case of need. While registering people and checking their certificates, I see where the person received help before.

From March till the end of May, we gave out about 5,000 kg of goods and hygiene products. In June, we had a break, and in July we resumed our work after receiving a new cargo within the project "Response to emergency situations and the consequences of hostilities in Ukraine." Since July, we have been giving out about 150 grocery sets with an average of 20 large Appeal boxes every Tuesday," Iryna added.

Caritas-Spes Lutsk is actively engaged in providing assistance in the city, cooperating with Lutsk District Council, so that it was possible to visit settlements of Kolky, Lokachi, Rozhyshche and Volytsi on multiple occasions. These settlements host IDPs in recreation facilities, with around 50 people currently residing. A shipment of clothes, sleeping bags, sleeping mats, food, personal hygiene items, water, first-aid kits, dressing materials and medicines for Chernihiv region was also organized. The team donated water, detergents and antiseptics for Lutsk Perinatal Center, geriatric boarding house, hospital for war veterans, children's and infectious diseases hospitals. There is also ongoing support for 20 people from the center for IDPs on the territory of Lutsk Art School.

Ms. Iryna says that, despite the small number of people in the team, along with a volunteer she manages to pack 200 sets at a time very quickly. Today there is a need for volunteers, because there are many cargoes and much less helping hands. A person is also needed to cover the informational support area. In general, Caritas-Spes Lutsk is a good example of how a relatively small team can accomplish really great deeds. 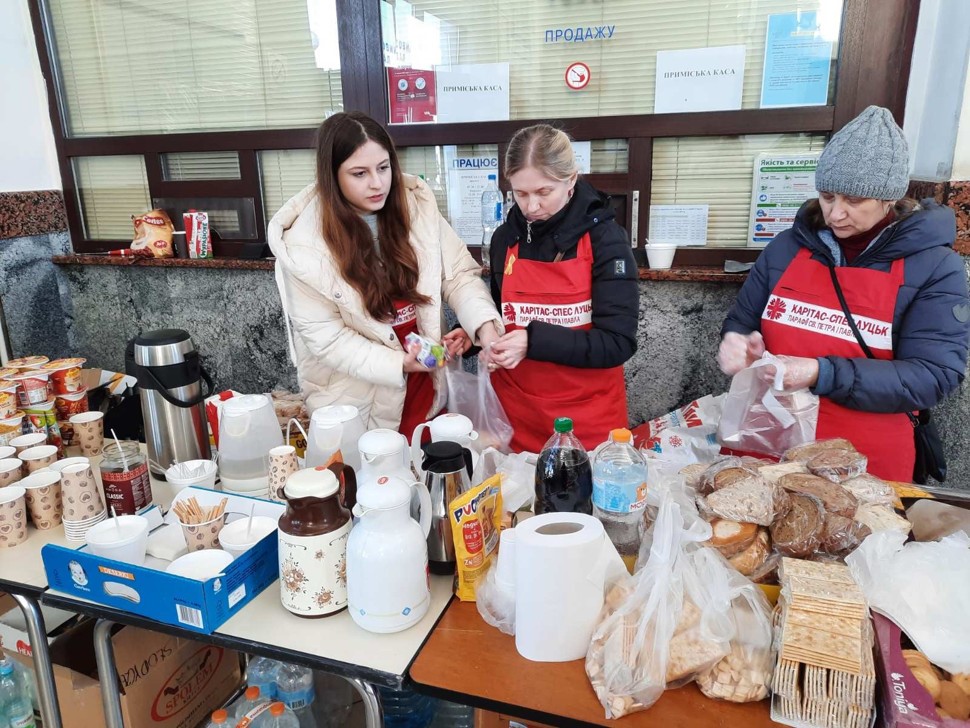 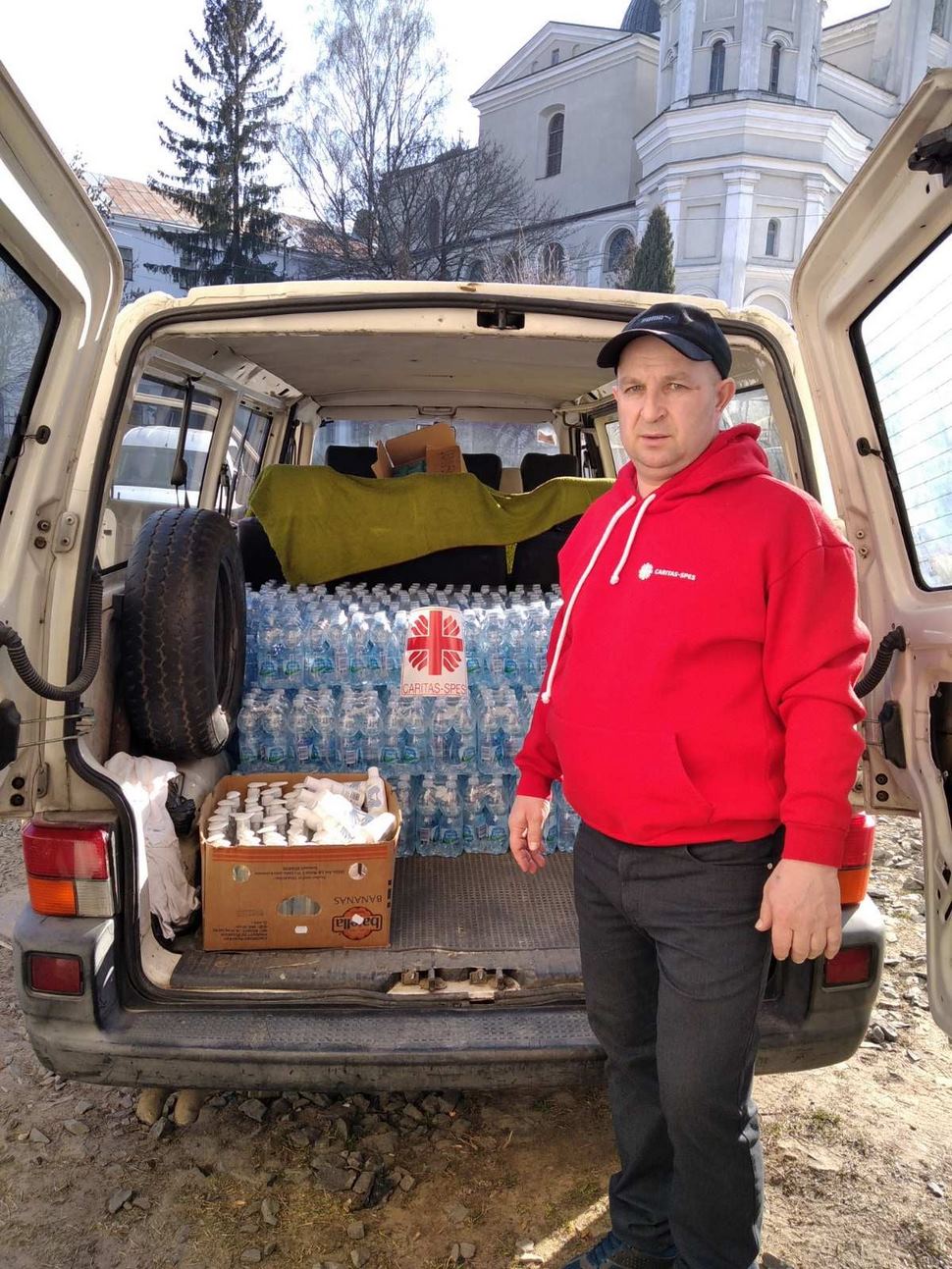 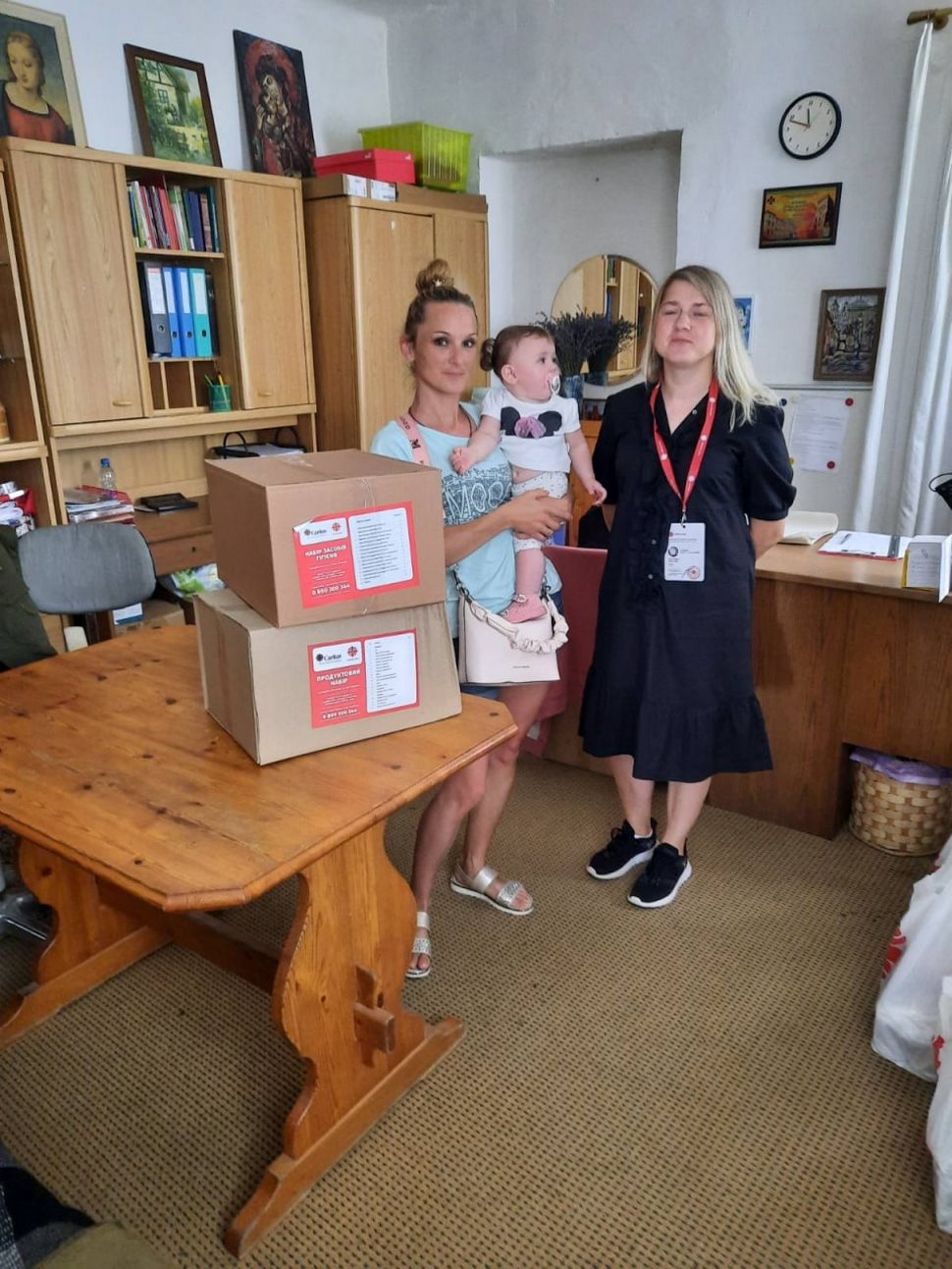 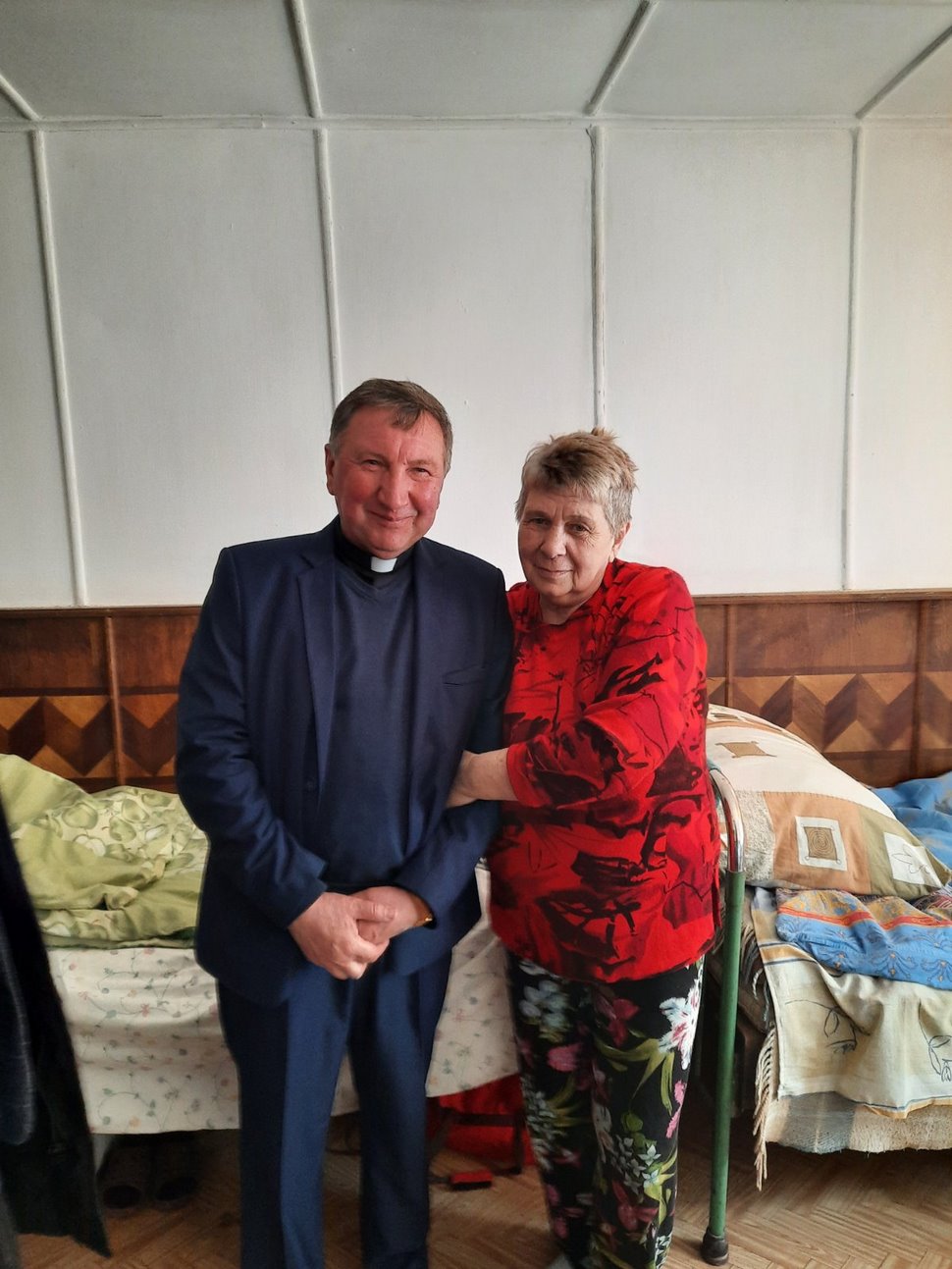 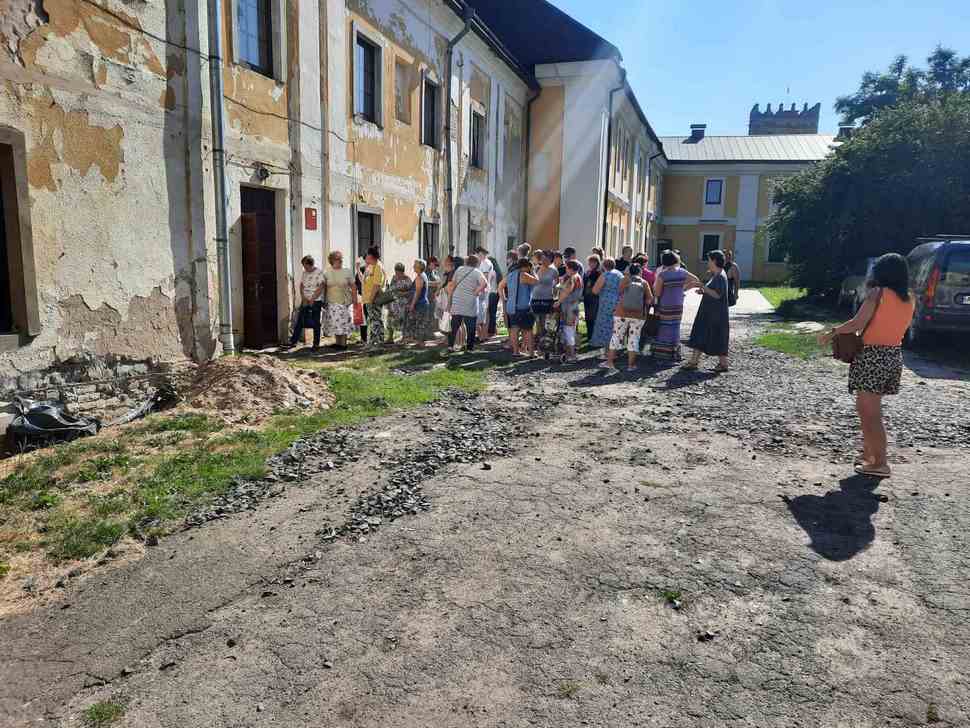 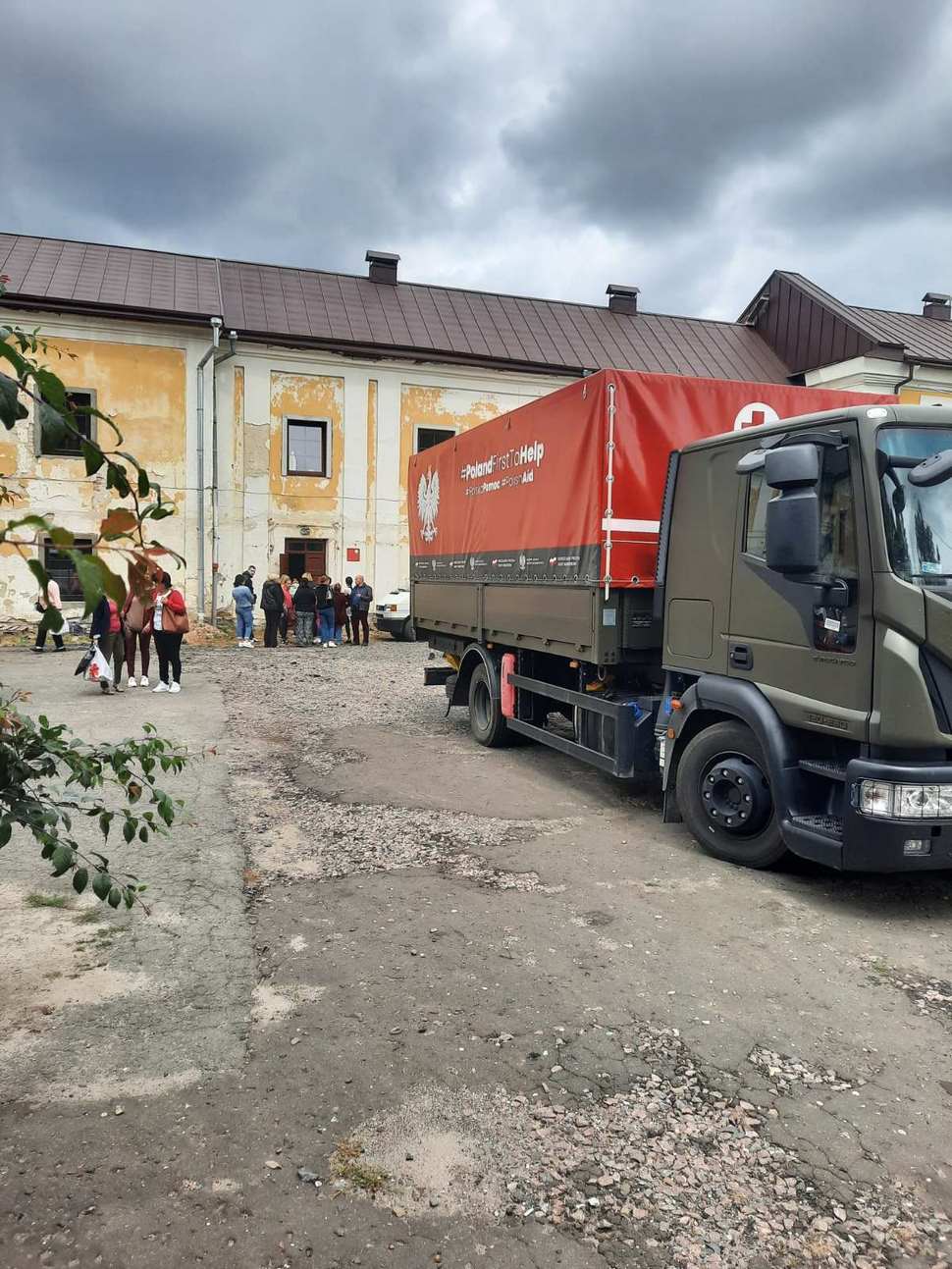 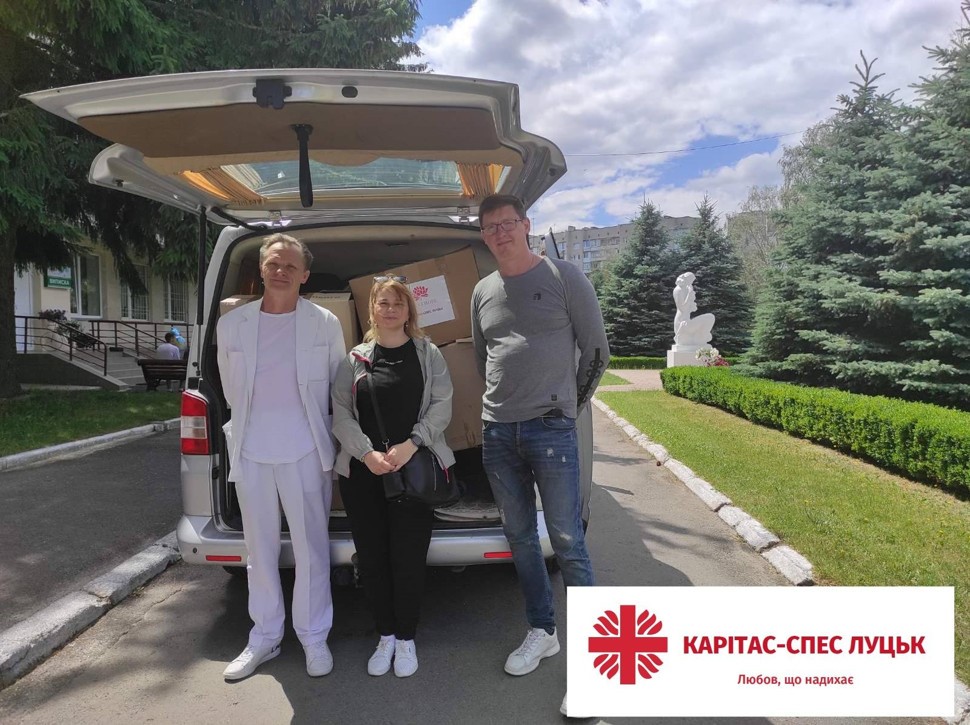 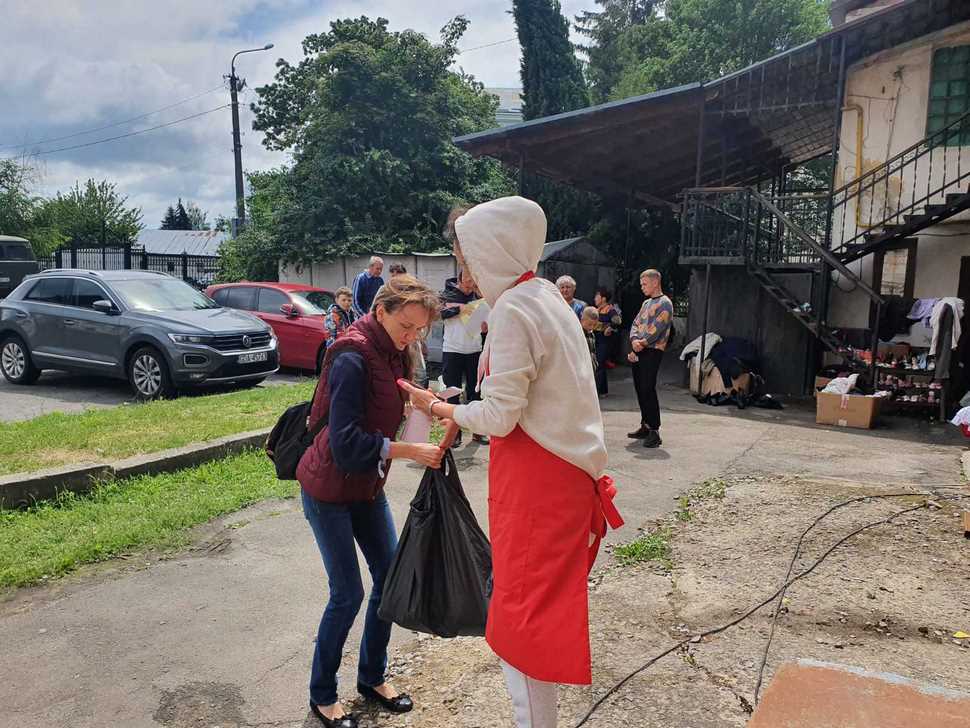 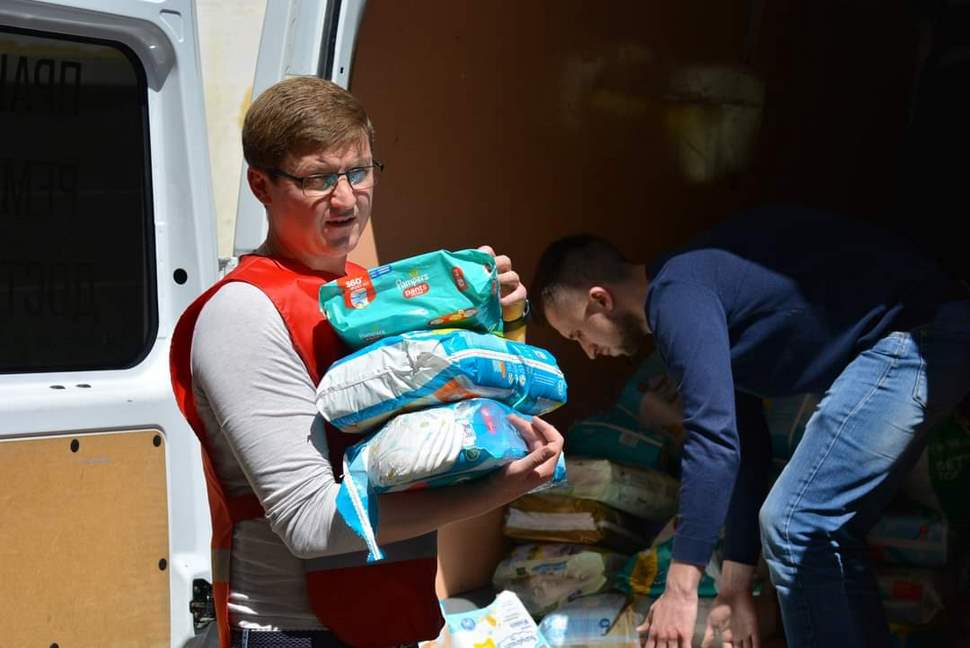 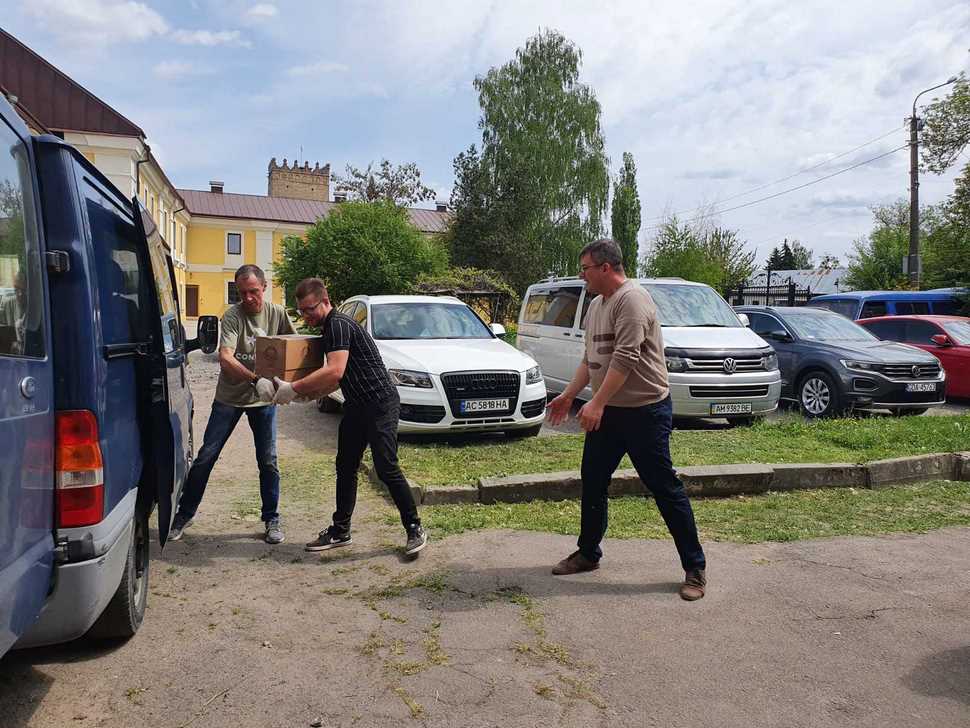 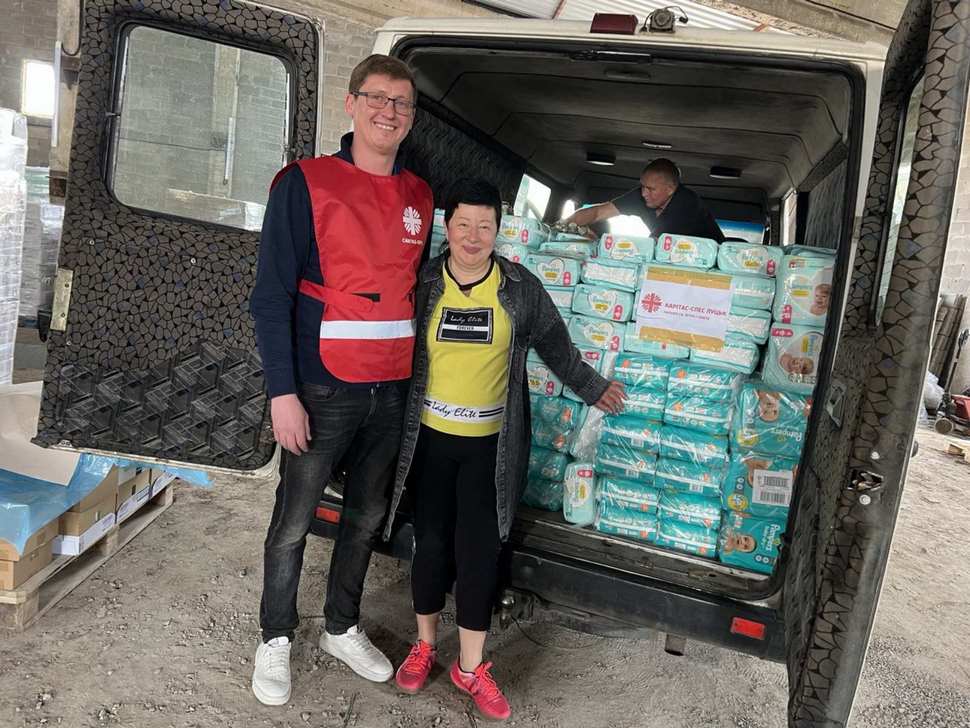 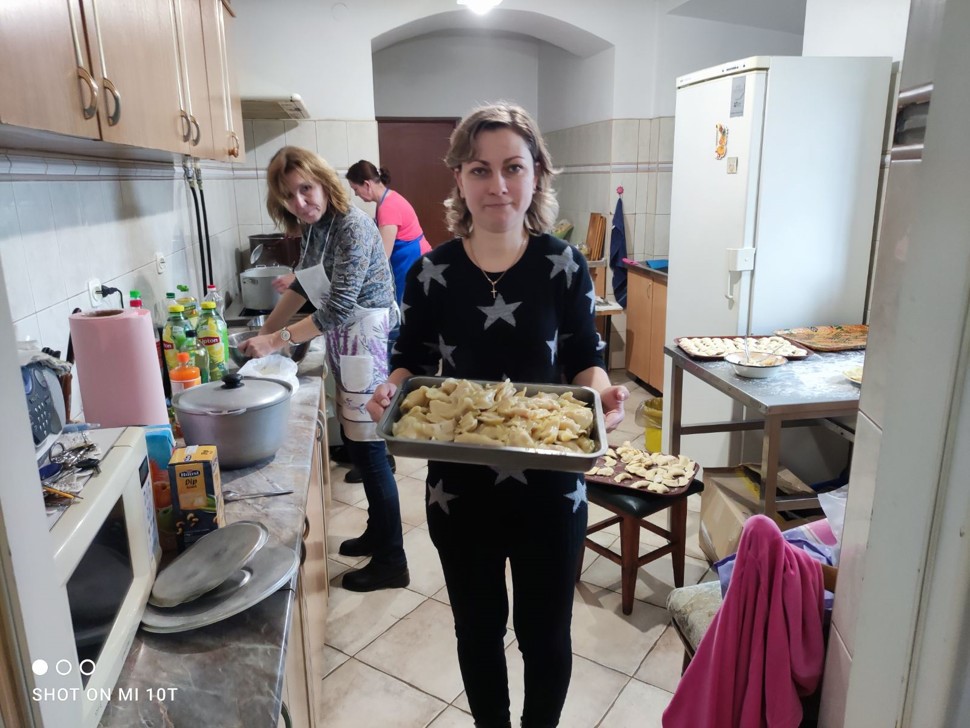 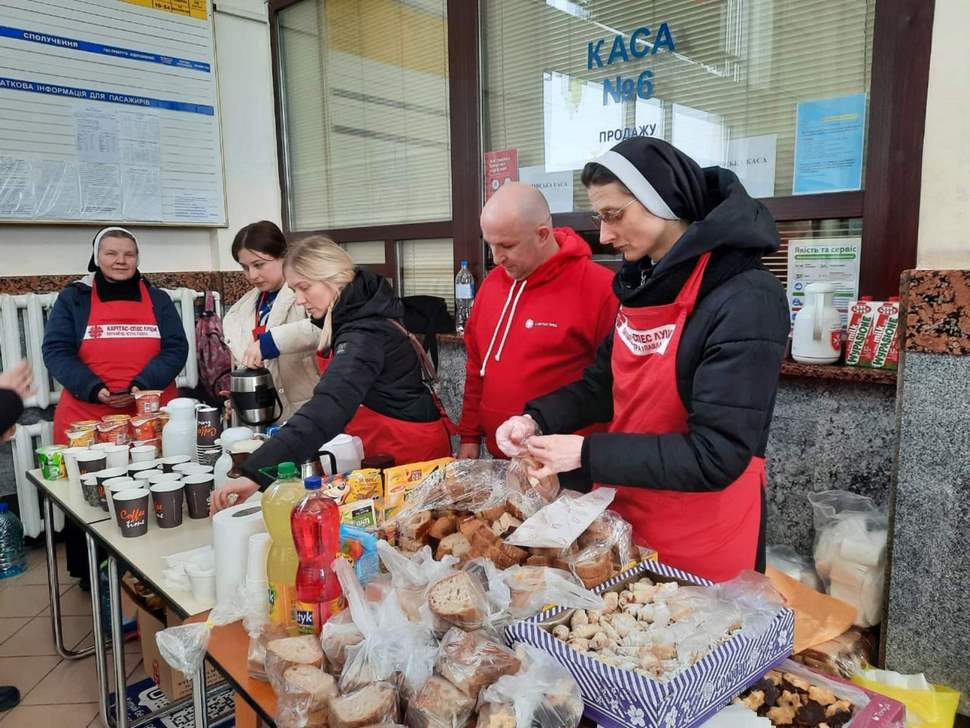 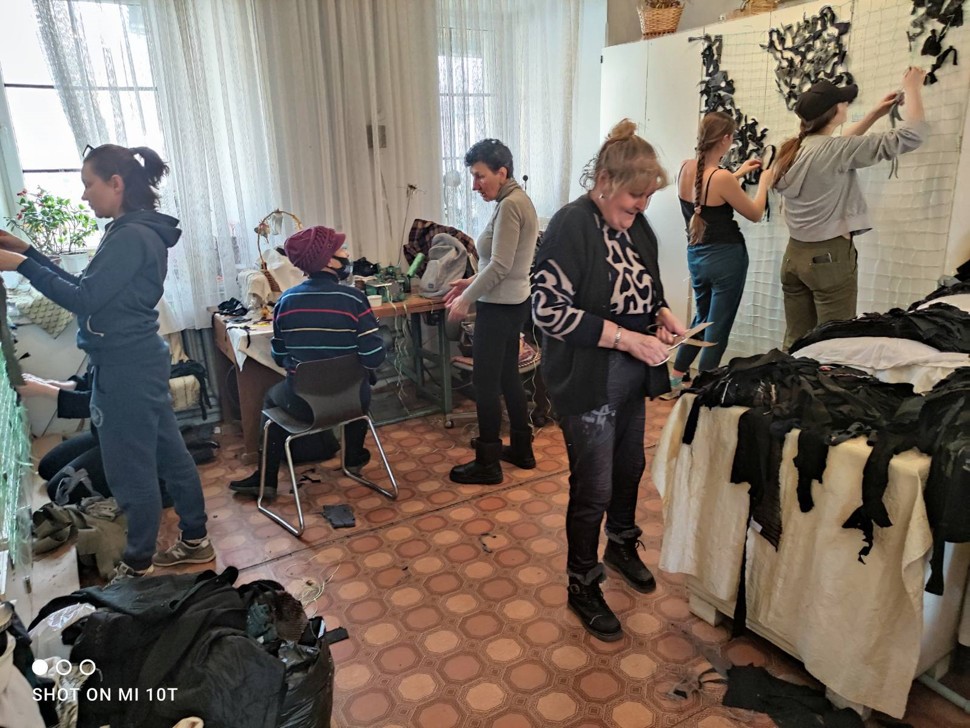 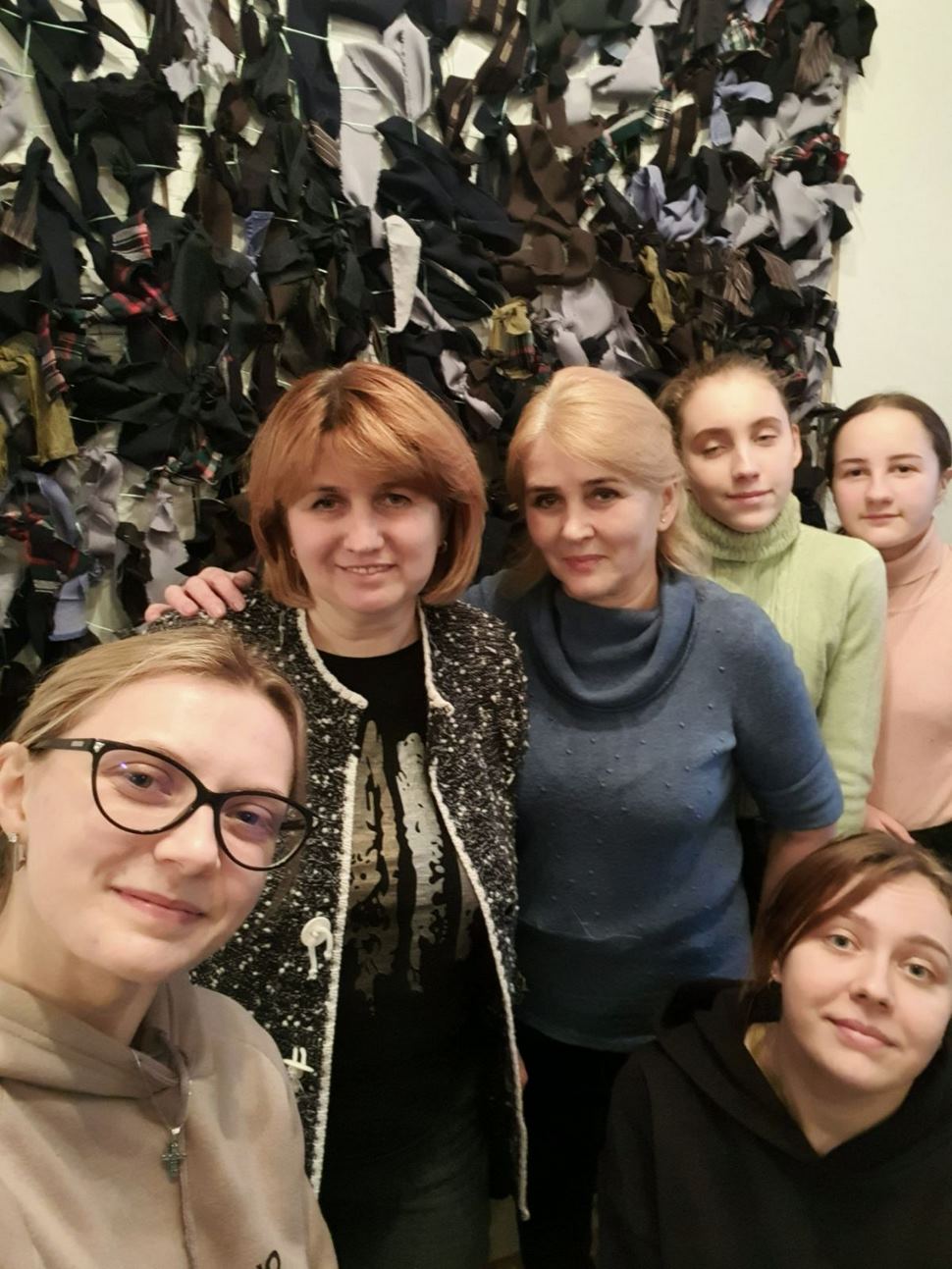 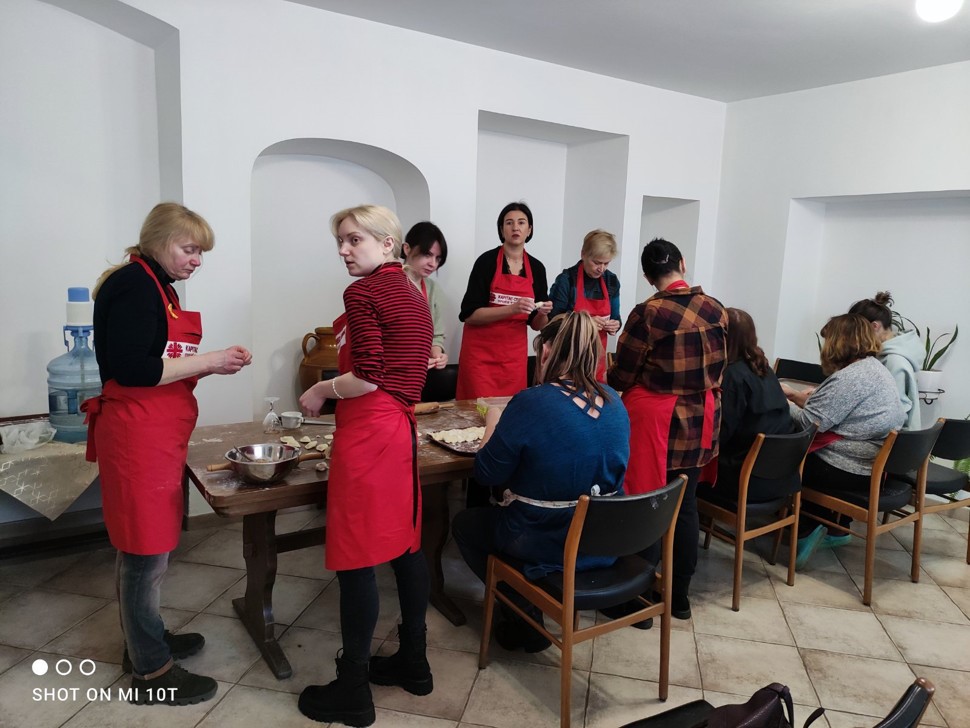 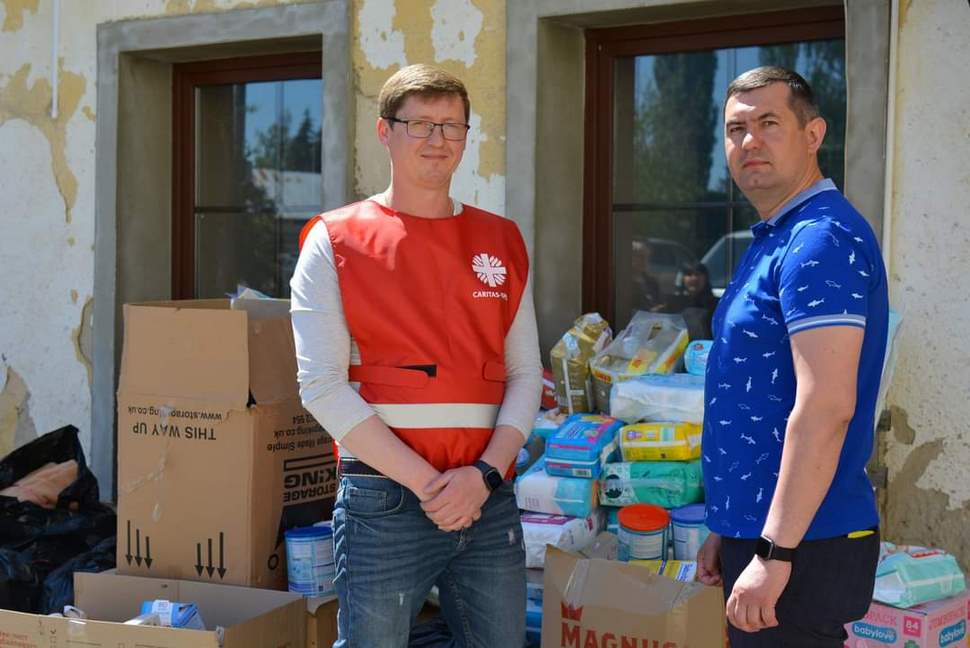 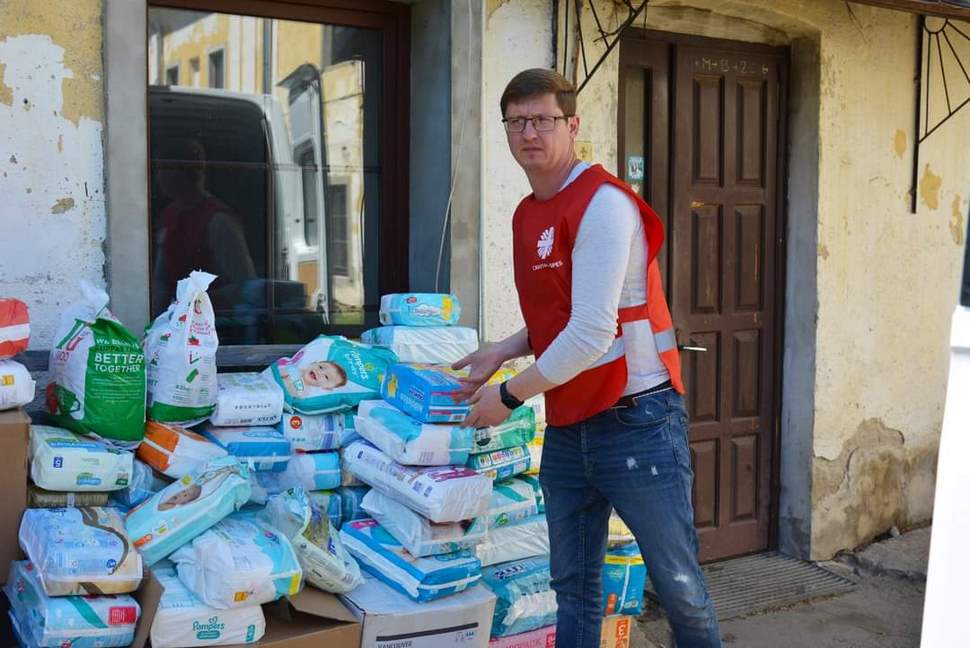 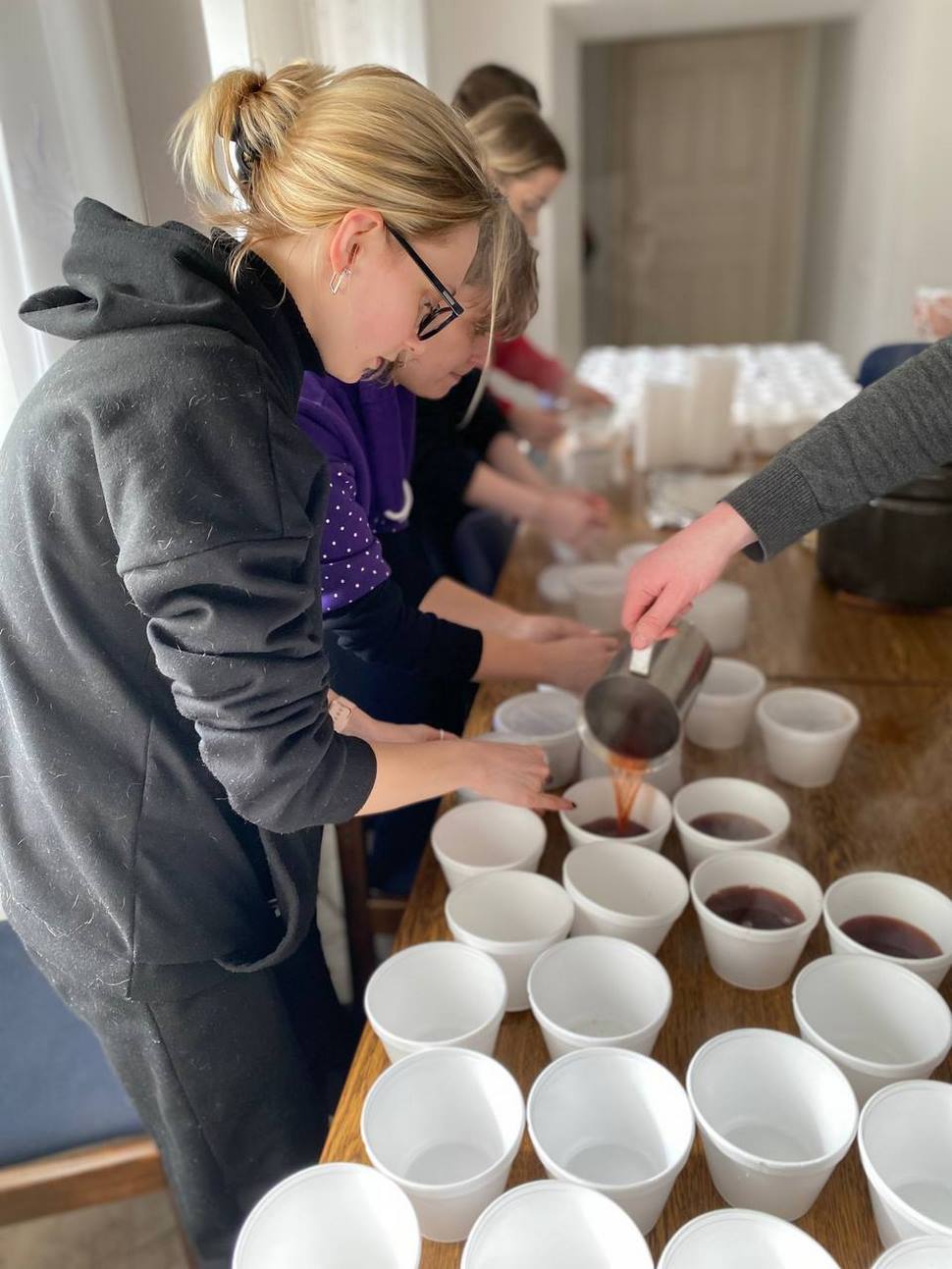 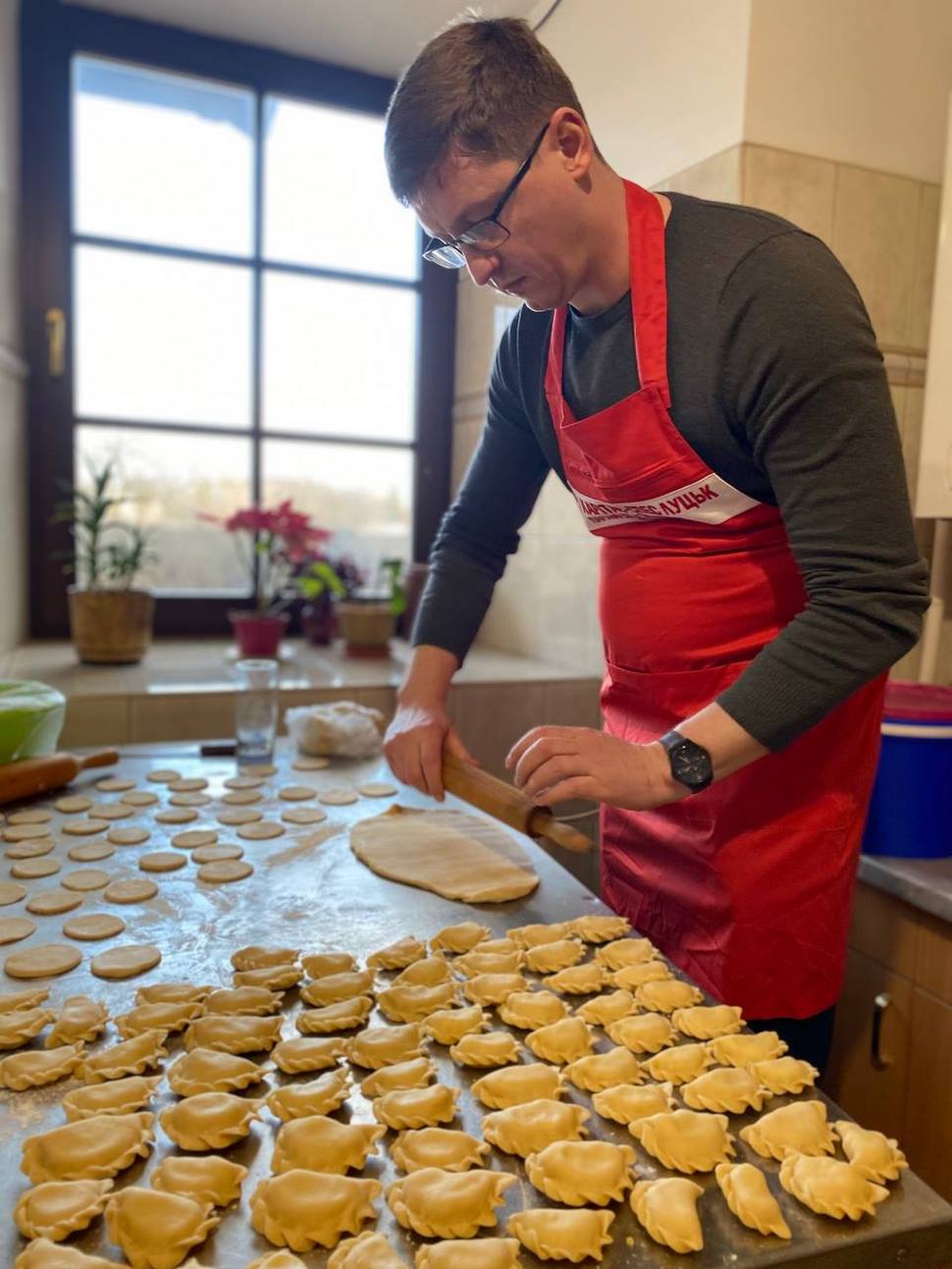 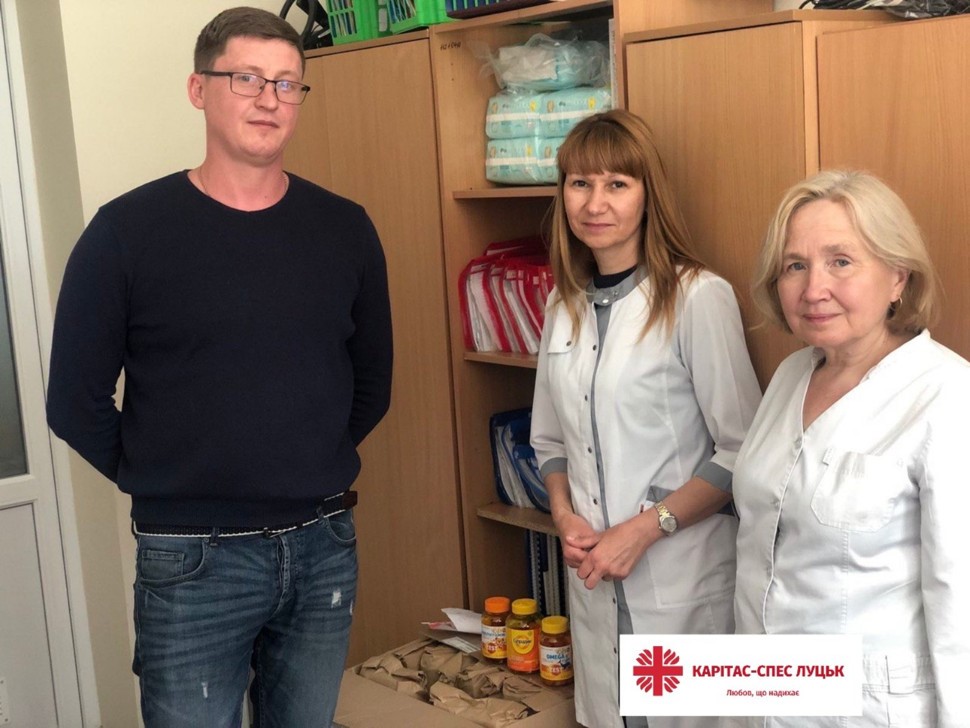 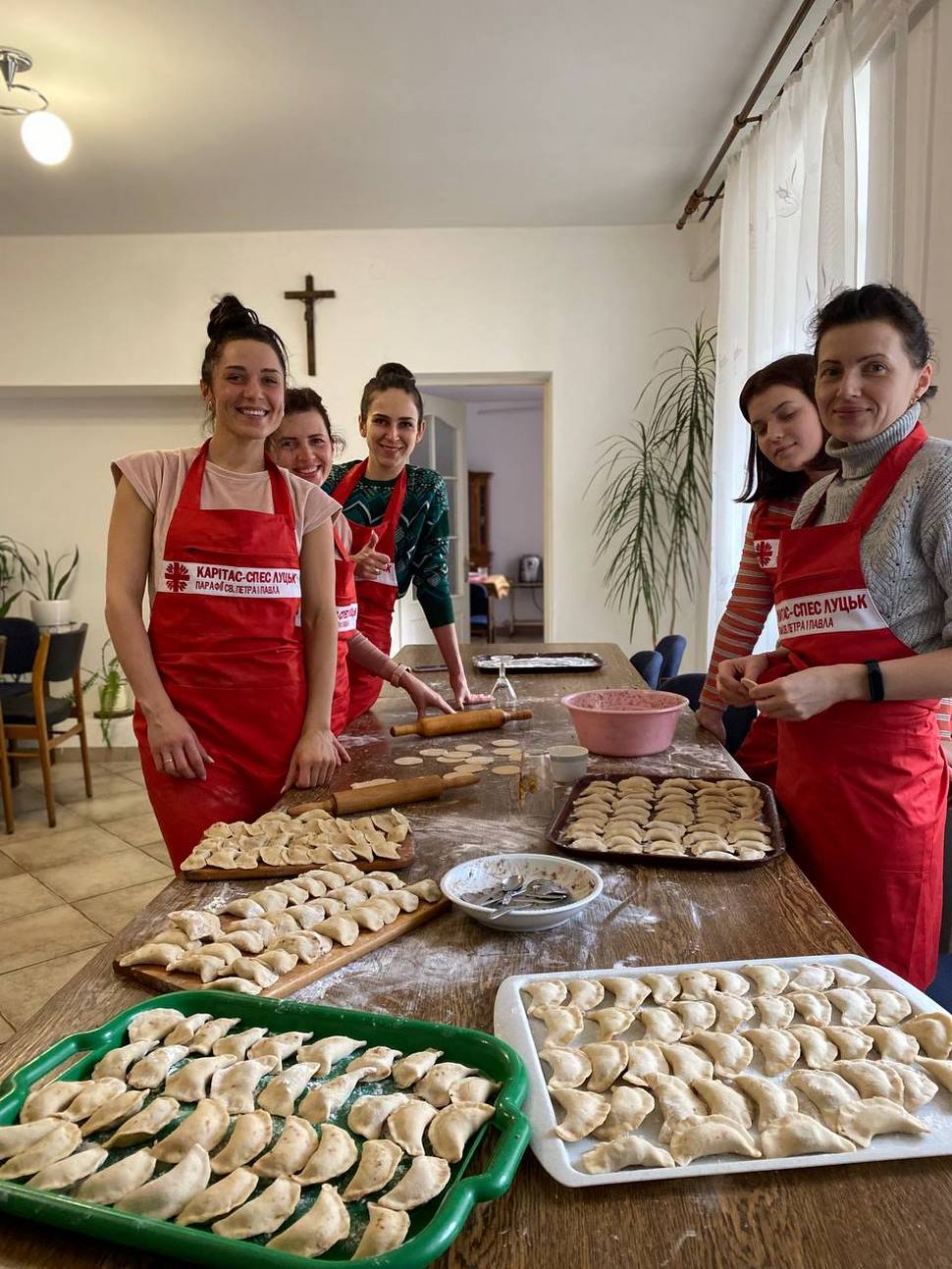 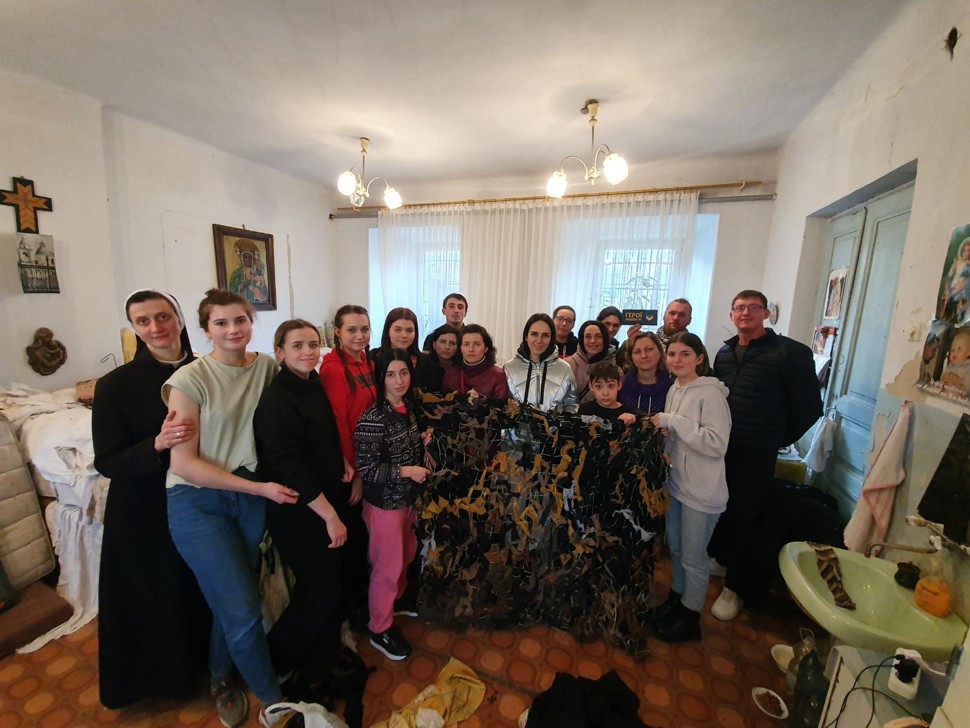