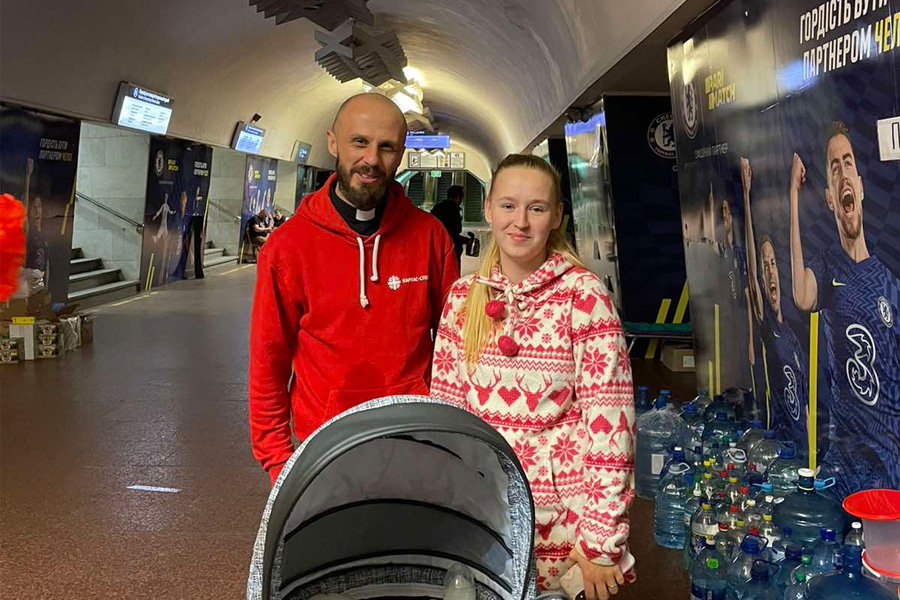 Kharkiv is a city of informal culture created literally in the underground. Countless open and secret institutions and workshops have always attracted creative personalities. But already 2 months after the hostilities, hundreds of thousands of Kharkiv residents were forced to leave their homes in search of a safe place. For many families, Kharkiv metro stations have become such a place. Here the routine of people has its charm. 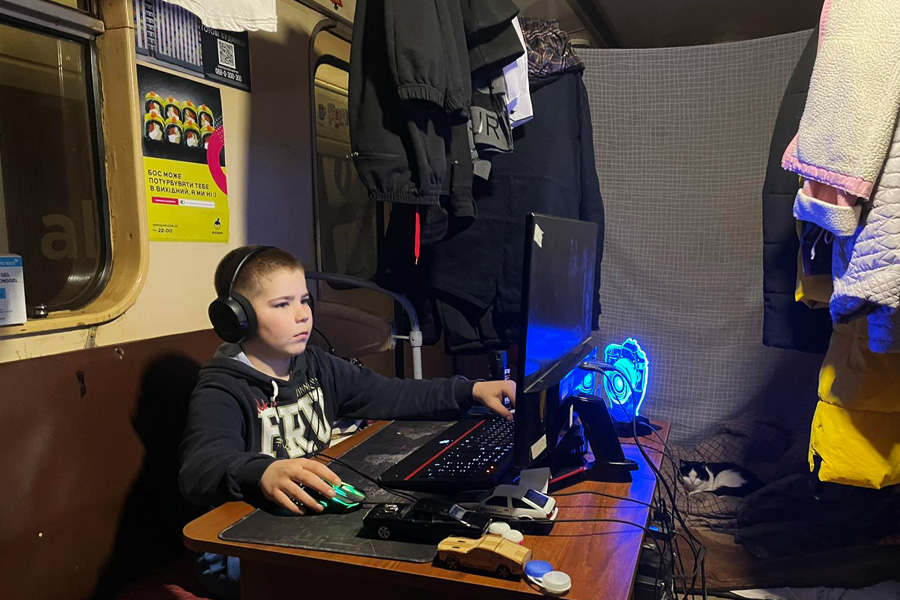 The executive director of Caritas-SPES Ukraine, Father Vyacheslav Hrynevych, saw with his own eyes how the function of the metro has changed and shared his impressions. The priest watched as people now organized their lives right in the carriages and went about their usual business. It is unbelievable to imagine: every free centimeter there turns into a full-fledged housing. We believe that it is temporary.

People made sleeping places, set aside work areas, a makeshift kitchen, and even a space for games. Some read, some play computer games right on the platform, and some play with pets. A new underground microcosm has been formed with unique markings and traffic rules in a city where entire districts have been destroyed. This is a new society with a new culture of communication, which is based on the sacred values of human life, as before the war. Nowadays, however, only advertising banners remind us of a peaceful life in the metro. 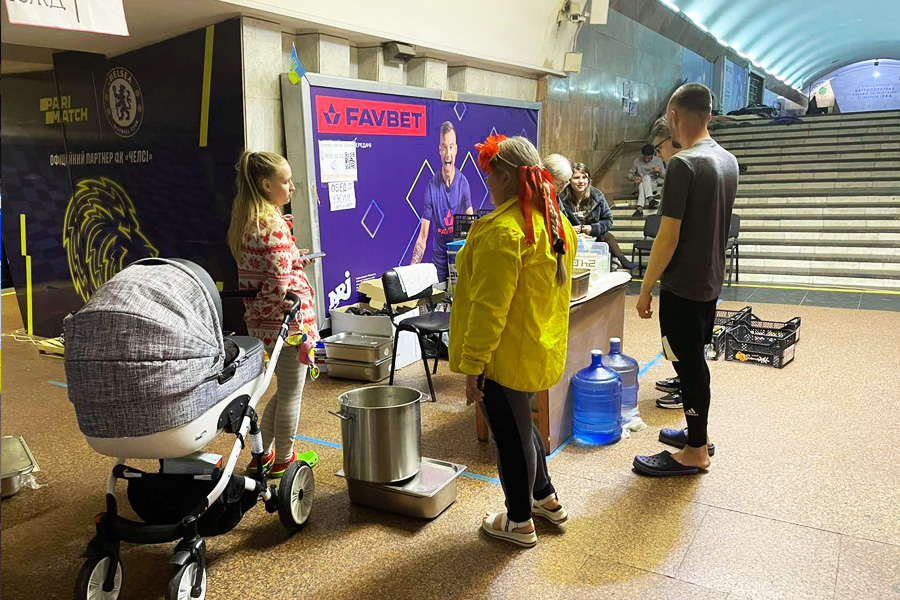 Father Vyacheslav Hrynevych was in the most shelled areas - Shidnyi and Saltivka. In the basement of a Roman Catholic church originally lived 130 people, now — 15 permanent residents. Among those who did not want to leave were women, children, and the elderly. Older people here, despite the shelling, remain positive. They once learned to sing very quickly and naturally like how to breathe. Now there are new notes in the songs — the sounds of explosions. There are those for whom this is not the first war. But they continue to sing despite everything. We support the locals, are inspired by their strength of spirit, and continue to serve the people of Ukraine. For life and victory! 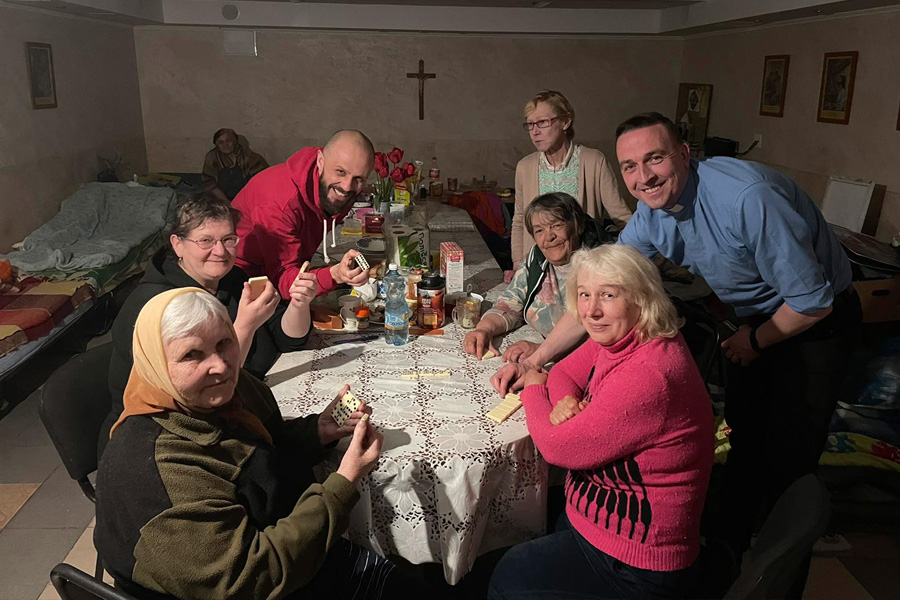 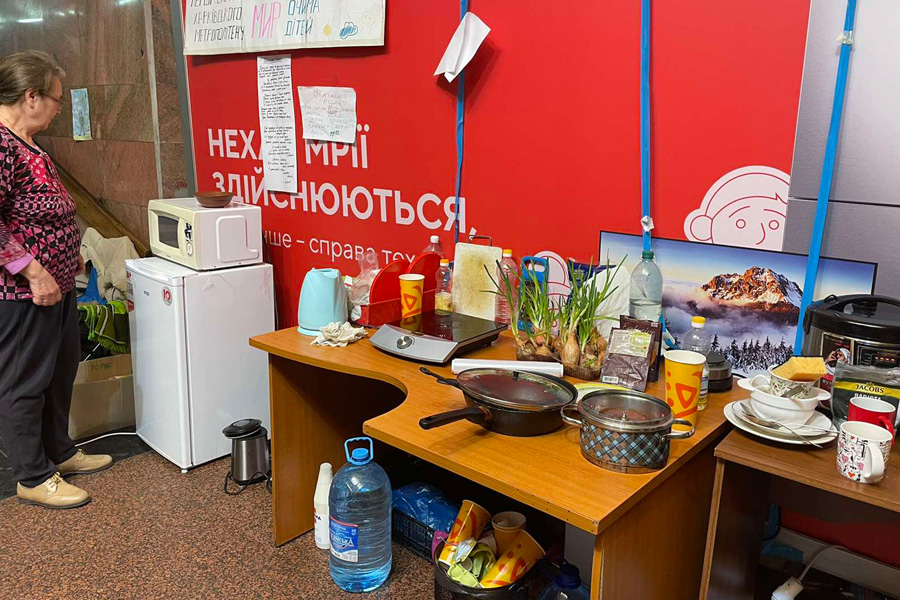 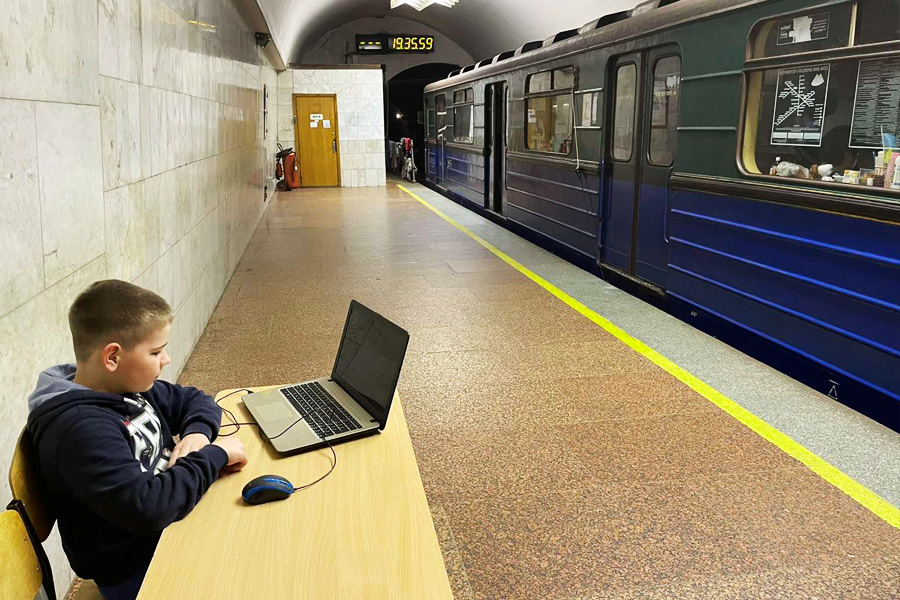 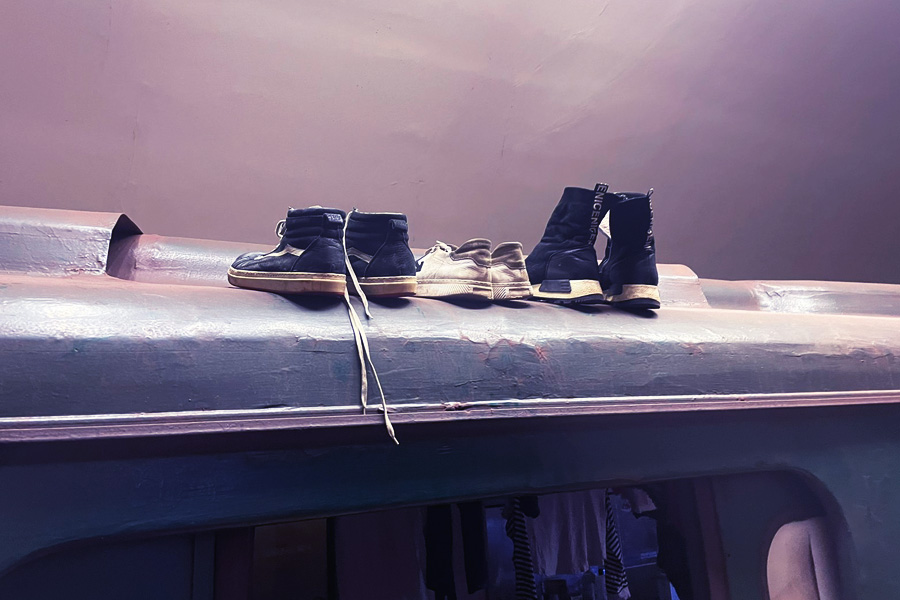 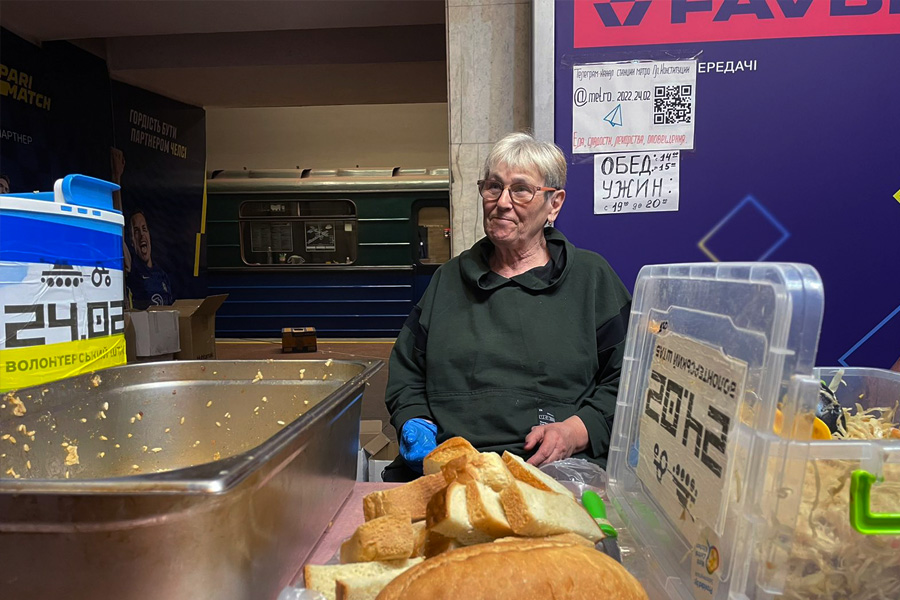 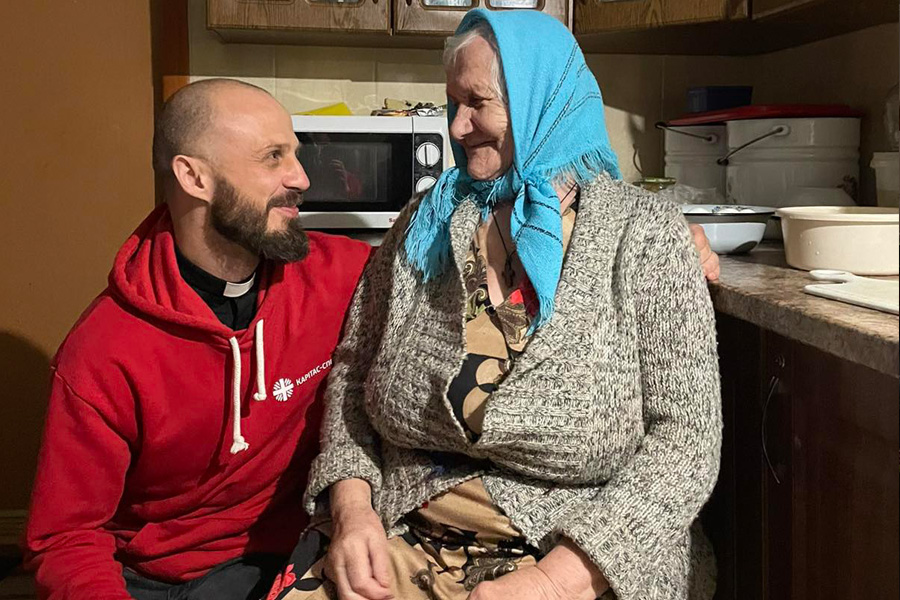