How Caritas-Spes works in Transcarpathia 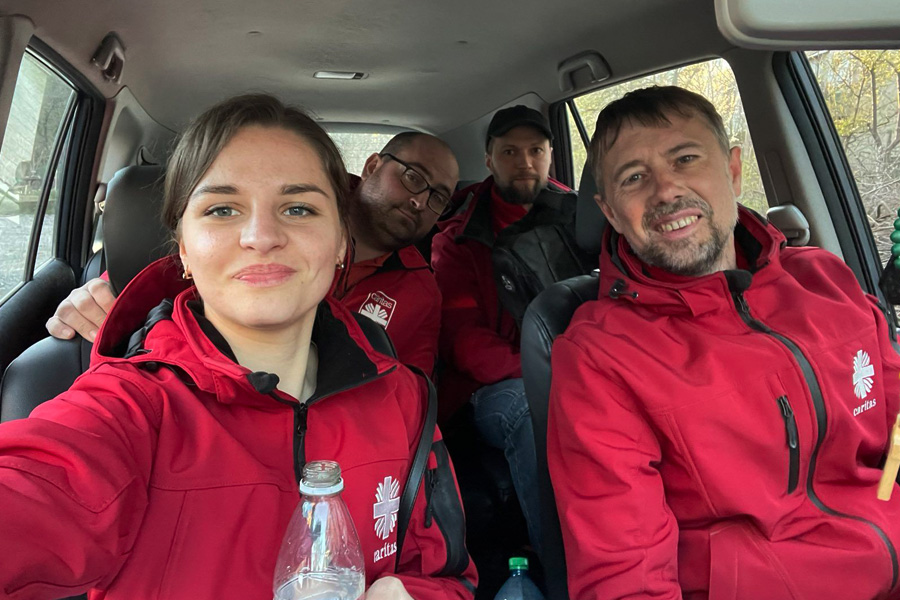 Going to the mountains in peacetime has always meant something blessed. Prior to the full-scale invasion of Ukraine by Russian troops, Transcarpathia was a picturesque region where our Mission operated. Before the war, Caritas Spes offered unique opportunities for spiritual recovery, training and active recreation for children and adults. Now all our Centers have been converted into accommodation of internally displaced persons.

Today we realize more than ever that the strength is in serving our citizens, especially in Transcarpathia, where tens of thousands of Ukrainians have desperately come to save their lives, their own and their children's. The St. Martin’s Caritas (Caritas-Spes of Transcarpathia) of the Mukachevo Diocese of the Roman Catholic Church has been helping everyone in need since the first day of the war. Shelters for migrants, heating tents at the border, charity kitchens are organized. Humanitarian aid is provided to internally displaced persons and residents of war-torn regions of Ukraine. The project manager of the charity fund Nicoletta Kosiv told us more about the work of St. Martin’s Caritas.

"I write projects, prepare invoices, reports. I work on the Security program. This is an internal investigation program I am responsible for it in the region. In general, before the war we did a variety of work. Now we are doing what we can. If we don't know how, we will learn,” – so Nicoletta began her story.

We have a new project together with Caritas-Spes Ukraine. Funding for its implementation was provided by the Adventist Development and Relief Agency (ADRA). They bought food and formed food packages for 1,110 people. We still have about a quarter of the packages in the balance, but it is very helpful for us, because it all will go to the Transcarpathian region," - Nicoletta added. 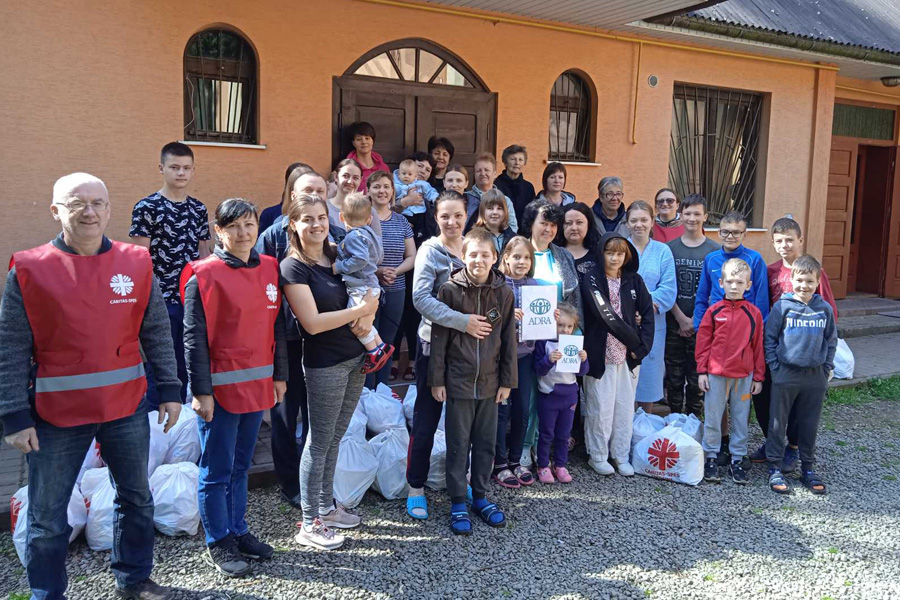 Resettlement of people and work with municipal formations

Since the beginning of the war, especially in the first month, Caritas-Spes Transcarpathia has been working hard to resettle the inhabitants of towns and villages where hostilities are still taking place. 20 buildings of summer camps, retreats, student dormitories, kindergartens, a family-type orphanage and a geriatric boarding house were converted into places for temporary and long-term living. Nicoletta noted that a total of 1,861 places for temporary accommodation of internally displaced persons were arranged in the centers. The largest number of people can be accommodated by the units in Beregovo (600 people), Mukachevo (170 people), Bakoshi (165 people) and Batyovo (130 people).

"Since the beginning of the war, people often came to us for a night or two, and then went abroad. Although there were many refugees, we never refused in accommodation, we always accepted and provided basic necessities. Now I see that many people have stayed for a long time before returning home.

In Galoch, for example, we have a two-floor house for the elderly people. If the second floor was free before the war, because it is difficult for retirees to go up, now both floors are inhabited. We also have kindergartens in the cities. Most of them are in Mukachevo, and today they are already accepting children full time. But at the beginning of the war, immigrants also lived there. "

"There was an interesting case this week. We went to distribute food kits to people in Mukachevo and met women from Mariupol who found us on the Internet. They needed food and bedding. They told that they have children, and it took them a lot of effort to escape from Mariupol. We also issued food packages for children. Women did not think that they could be given so many products. They cried because they did not suspect that they would be helped just on the street," - said Nicoletta.

Our interlocutor was touched by the story of a woman who was brought in the 8th month of pregnancy in serious condition. She spent a month in the basement, got pneumonia and hearing loss after explosions. She was moved to the Center so that she could relax a little and talk to the children who already lived there. "A woman gave birth here, now we are playing with the baby. She is already a member of our family,” - Nicoletta is happy for her ward.

St. Martin's Caritas project manager added that many people have already found work in Transcarpathia. Grateful migrants try to be useful to the centers where they are. Someone there cleans or carries out errands at churches. Someone on Easter baked Easter Breads.

"One of our women is a hairdresser. And if she is sent accessories, she will cut people's hair for free. I want to say that people are very good, they care where they can go dig the ground, plant something. " 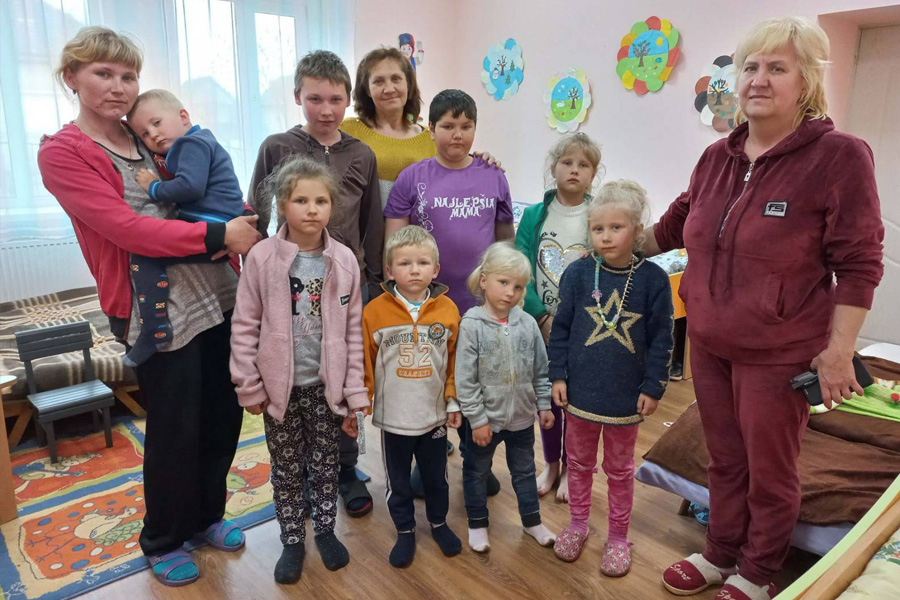 Caritas-Spes Transcarpathia works closely with partners from Hungary, Slovakia, Austria and Germany. For two months since the start of the full-scale war, 110 humanitarian cargos have been received through Transcarpathia, which have been distributed for the needs of the region and hotspots.

"First of all, goods were provided to the areas close to combat zone. If there was no urgent need for something specific, we sent everything that was sent to us from abroad. For specific inquiries, we can always call and ask if it is available. "

Nicoletta believes that the strength of Ukrainians is in unity, regardless of who came from which part of the country. "Everyone is a part of one big family now. Our strength is in this unity, so we are not ashamed to show our foreign partners, we show that we are strong and friendly. We are very grateful to be supported in such a difficult time. On behalf of Caritas-Spes Ukraine and St. Martin's Caritas, we are grateful to our angels and like-minded people for helping us."

At the end of March, the Transcarpathia region sheltered almost the largest number of migrants - more than 380 thousand people. Since the beginning of the war, more than 3 million Ukrainians have left for Poland, and almost 826,000 have left for Romania. Since the beginning of the Russian invasion, Caritas Spes Ukraine has provided shelter to more than 20,000 people and continues to accommodate people who have had to leave their homes.

Help us to help others! 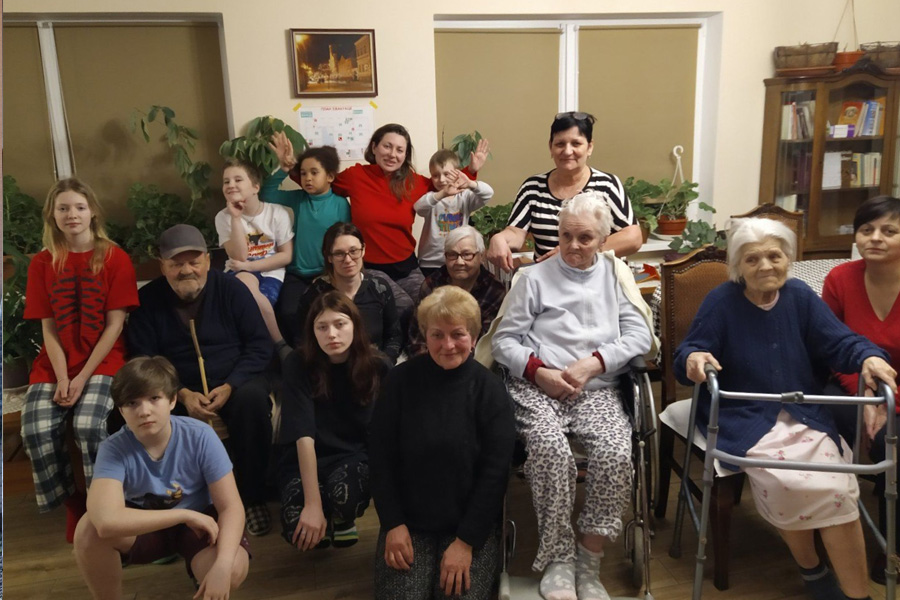 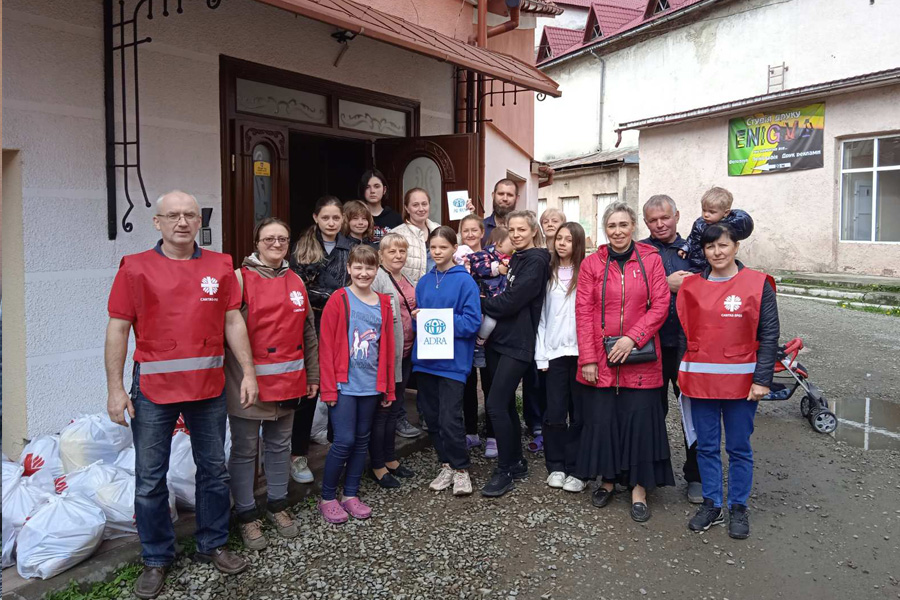