"When our territory has already been liberated and demined, we will go home immediately", — the story of Victoria from Snihurivka 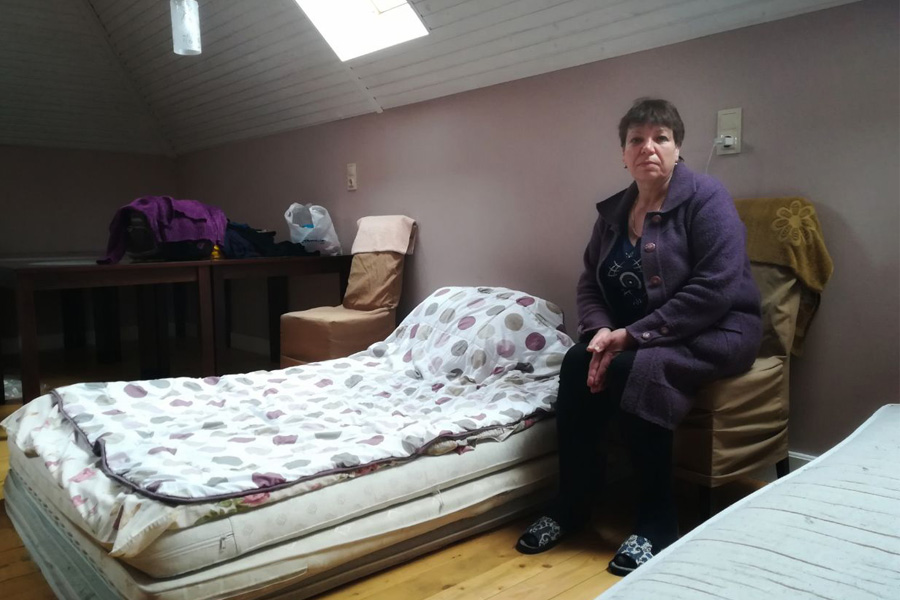 With the beginning of the full-scale russian invasion of Ukraine, the Pilgrim's House has become a refuge for many families of internally displaced persons. People from different regions of Ukraine are coming here. Many of them sent their family members to the West earlier but decided to stay. However, danger lurks everywhere, so Caritas Spes Ukraine gives families the opportunity to reunite and support each other. Mrs. Victoria from the Mykolayiv region, who managed to get out of the shelling and reach the Lviv region, told us such a story.

Mrs. Victoria comes from Snihurivka, Mykolaiv region. The woman arrived at the pilgrimage center on April 11 to her daughter-in-law with her grandson, who came here earlier. Victoria's son remained in Mykolaiv. Victoria managed to leave the green corridor organized by the Red Cross. "I have an adult son, and he has a family in Mykolayiv. Early on February 24, they heard that the war had begun. That day they came to me in Snihurivka. It is 70 km from Mykolaiv. It was then that we began to be bombed.

The Snihurivka was left without electricity, heating, water. When the "russians" entered the city, they immediately dug in, dug trenches, drove their tanks and armored personnel carriers to administrations and kindergartens, and bombed the military registration and enlistment office. They attacked all the shops, and looting began. When their rotations began, they drove their cars and took out the equipment. I remember the news that no one was there, and new empty cars came here. Everything that is written about them is true. I saw it with my own eyes". Victoria's son, together with his wife, tried to return to Mykolayiv. They rented a car because they thought the enemy would not enter the city. However, they did not have time to reach the village of Bilozirka (formerly Barmashovo) because the cars were shot. Victoria says they returned to her "neither alive nor dead." 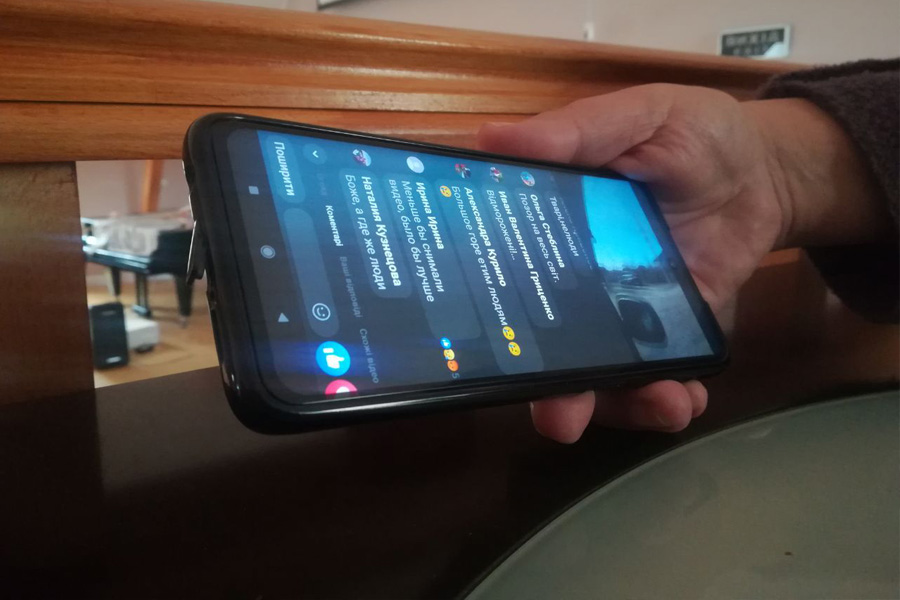 "We slept in the house at first, but we couldn't stand it one night when we heard the shootings. They realized that the “grads” are working. 2.5 years old, my grandson and I jumped into that cellar. They only managed to close the lid when they heard debris falling through the door. The son then gathered a handful of them. After that, we started to build a basement to hide for a long time. We spent a month there together". Returning to her story, Victoria showed us a video of how people were affected by houses in her home village. The woman told about her neighbor, whose yard was hit by a shell and smashed the door. After the daughter-in-law and the child managed to leave for Lviv, they decided to stay with a neighbor. The women did not dare to go for a long time because they did not want to leave their homes, gardens, and pets. Together they spent another 2 weeks in the cellar.

"Early in the morning of April 9, there were shootings over the city, but we still decided to leave. They heard explosions, and the windows shook. They kept on running and away. We waited for the bus for 3 hours because people were not taken out during the curfew. I have been in this Center since the 13th. After the basement, I am not afraid of anything. In peacetime, it was a feat for me to climb there once a week, and when the shelling, we did not go out for days. I was already opening the cellar lid with my head. And it is also essential to put it in place correctly to enter the grooves. I've never thought about it before. It is good that at least the parents left the cellar. I was still thinking about why because I will not preserve anything. I felt so because then we lived in civilization".

Victoria says that she has started smiling more often since she got to the Center and calmed down a bit. While talking, we also noticed it. "I stopped crying, though. I always cried when I told someone about it. There was a reassessment of values in my head. You understand how little a person needs for happiness. To keep the family alive and healthy. I think we've been making money for years, and everything can fit in one bag. I also took my mother's favorite scissors with me. At least there will be some memory. She told me that I would not find such scissors anywhere else.

There was a psychotherapist here; we talked. After that, I began to think a little differently. I felt guilty because I left, but my mother-in-law and first husband did not. But I could help my daughter-in-law and grandson if I saved my life. The 18-month-old grandson has become very ill and stressed. With the war, all that has worsened. You know how hard it is when a child says "hoop-hoop" and you explain to him that it's thunder, not war. He knows the alphabet thoroughly and can read, although he is not yet three years old. But he has a nervous disorder.

Father Mykola took him from here to Lviv for a consultation. I think this is a very noble deed on his part. Here are good conditions. Doctors came to check on us, with gynecologists and ophthalmologists consulting us, too. When we left, I didn't take any clothes with me. Here we could choose something from our clothes. There are friendly people everywhere, and we were told that the West does not seem to like people from the East and the South. Once, we were set against each other. I only regret one thing I was not taught to go to church since childhood. Now I think I'll make up for it here".

As of April 4, Snihurivka is under occupation. Victoria sincerely shared her plans for the future because she is looking forward to returning home. "As soon as we wait here when we are told that our territory has already been liberated and demined, we will go home immediately. There is still a period to restore communications. But I'm ready to live a little without light, and I lived for a month and a half. I don't need to go abroad. I want to return to my favorite job at Ukrposhta. I'm sorry I couldn't buy these stamps. As soon as the war began, our bridge was blown up from Mykolayiv to Snihurivka. We could not give our pensions either. The first thing she would do when she returned home was going to her parents' cemetery and see what else she could do in the garden. There are many life plans. We have to wait and pray to God. "

Almost 100,000 people have passed through the centers for displaced persons under the care of Caritas-Spes Ukraine, and each has their pain and their war stories. Today, more than 1,500 people are permanently housed in the Mission Centers under the auspices of the Mission. We thank our partners who help us. Please help us help others. 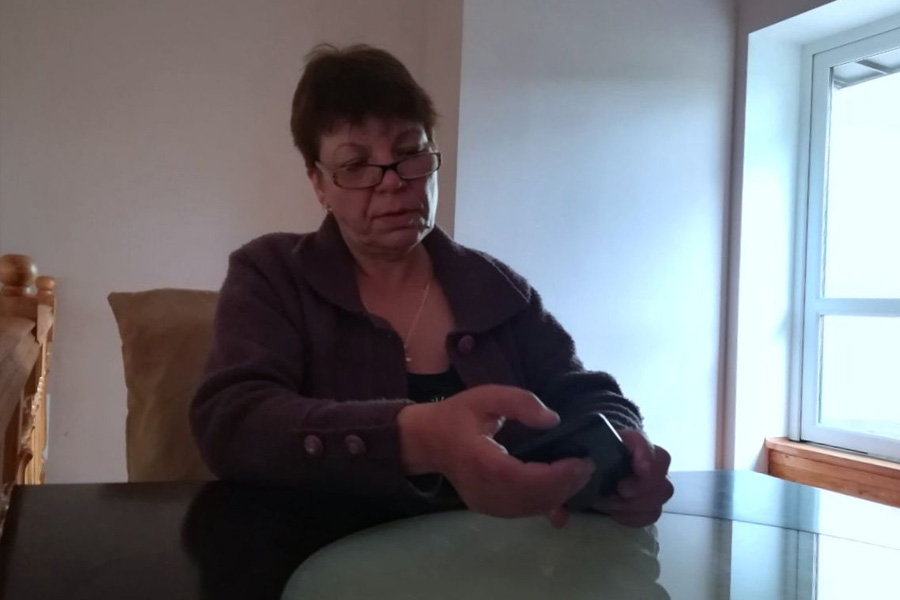