Donate
Main — Who we are — History of «Caritas-Spes Ukraine» 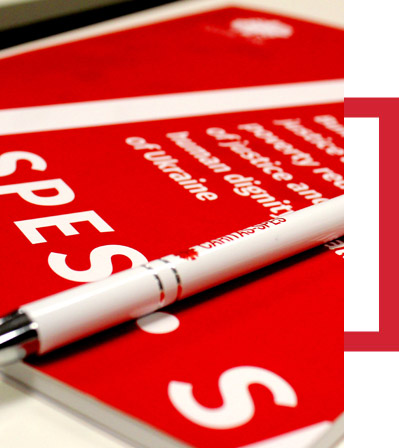 In the late 80's, when it became possible to go abroad, after one of these trips, visiting Poland and seeing the great progress of the Roman Catholic Church, Roman Catholic priest Rev. Yuriy Nagorny started organizing Caritas in Ukraine.

With great difficulty in 1990 he registered the public organization «Caritas and Missericordia». This organization was neither church nor religious, because the structure of the Roman Catholic Church in Ukraine had not yet been restored. This restoration took place only in 1991 with the nomination of bishops who had not been in Ukraine for more than 80 years.

The registration of the organization «Caritas and Missericordia» made it possible to open the way for the first humanitarian goods and their distribution in Ukraine. But because of problems with corruption, benefactors from abroad began to reduce their aid, and the legislature with its communist mentality, created new bans to prevent the distribution of humanitarian aid as much as possible.

The Bishops Conference of the Roman Catholic Church in Ukraine, understanding the situation around Caritas, was busy building church structures that were practically destroyed during the Soviet era. The first attempt to do something centrally was in 1992, when Bishop Jan Purwinski of the Zhytomyr Diocese was assigned responsible for Caritas of the Roman Catholic Church. It was decided to register Caritas as religious organizations placed under the responsibility of the bishops. But then this issue remained unresolved. At that time, charitable activity were developed on the basis of parish centers, under the control of the abbots, and the whole «Caritas» was headed by Rev. Yuriy Nagorny, who made every effort to develop this activity, cooperating with Caritas Austria, Caritas France, Caritas Netherlands and other.

Since 1995, all Caritas offices have been re-registered from public to religious. This created a new structure under the control of the Roman Catholic Church. This process was completed only in 1996.

At this time, the official registration of «Caritas-Spes Mission» of Roman Catholic Church took place. In 1996, Ukrainian legislation made it virtually impossible to receive humanitarian aid from abroad. Children's rehabilitation abroad has decreased again due to legal difficulties, and only some small groups of children affected by the Chernobyl accident have been able to be sent abroad for rehabilitation or by renting sanatoriums and recreation ceners for children in Ukraine.

Thanks to the help of various benefactors, mainly from abroad, Caritas of Germany, Austria, France, as well as the Renovabis Foundation, the Mission expanded its activities. Due to the consequences of the Chernobyl accident, it was focused on children's health. For example, in 1996 about 230 children were rehabilitated, in 1997 - 700 children, in 1999 - already 1800 children, and since the 2000s - almost 3000 children have had the opportunity to rehabilitate every year.

The structure of the Mission is actively growing - more than 30 «Caritas-Spes» regional centers have been established, which actively organize assistance to the poorest, creating charitable canteens and social centers.

This decade was marked by leaving the boarding school form of child rearing. During these years, «Caritas-Spes» Mission has been actively creating family-type orphanages, where orphans and children deprived of parental care have the opportunity to grow up in a family.

Also over the years, the Mission has opened kindergartens and rooms, and has been working to prevent orphanhood and street children.

Also work with youth has began, dormitories for gifted students has been created, young people have started getting a quality education.

After the start of the war in eastern Ukraine, the Mission's activities were further focused on assisting internally displaced persons (IDPs). Recreation and training camps were organized for families from the buffer zone and children from the territories not controlled by the Government of Ukraine to enable the child to relax and feel safe.

During this period, nationwide projects aimed at the development of community self-dependence. Also youth and volunteer movements began to develop.

Also at this time organizational development, management standards of Caritas Internationalis and external inspection have been implemented.

2020 was a year of trials both for «Caritas-Spes Ukraine» employees and for people who especially needed help. The end of this decade was marked by projects aimed at counteracting the effects of COVID-19 pandemic.

The new decade began with a great event - the creation of the Board - the governing body of the Mission. Also this year, the Mission is celebrating the 25th anniversary of the official beginning of its activity.