"In the morning we saw traces of military tank trucks near our house. The danger was very close "- rescue story 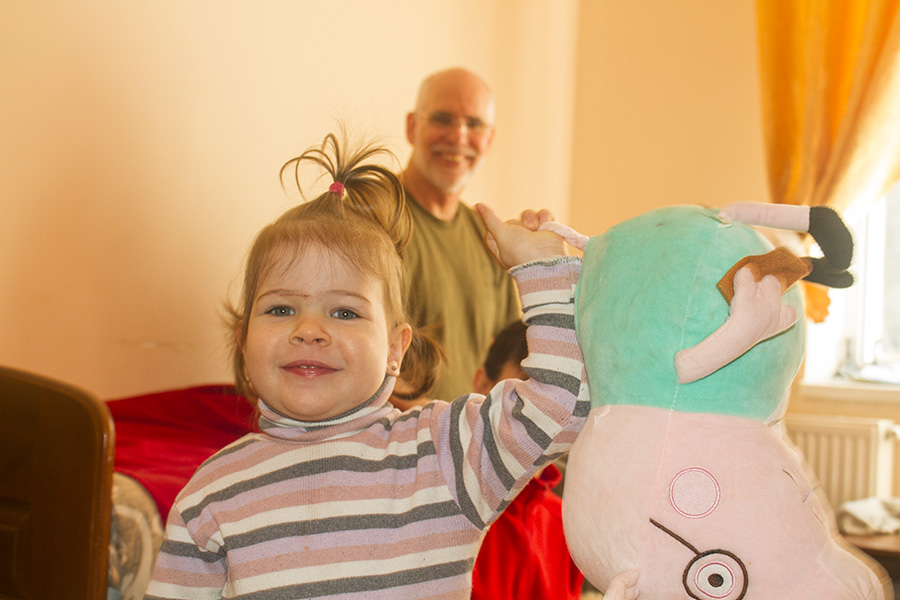 We lived in Obolon district of Kyiv. From the first days of the war, fierce fighting began in Hostomel located next to us (and then shelled Bucha, Irpin and Vorzel). The tension increased every night. The basement of our house was completely unsuitable for the people stay. We didn't use the subway as a shelter either, we were afraid of the crowd, because from the first days of the bombing there were a lot of people there. That's why my two-year-old daughter Vika and I stayed in the apartment. She slept strongly at night, did not hear any explosions, so her life has not changed much. In the morning she asked for walking in the park with her friends, but because of a round-the-clock curfew, we could not leave the apartment.

We spent six days in our hometown, which has been heroically defending. All this time I almost did not sleep and did not eat anything. There was food, but due to excitement I could not eat at all. On February 25, enemy tanks pushed from the north to Vyshhorod and Novopetrivtsi. The next day we were told that a column of Russian military equipment stretched for 60 kilometers on the outskirts of Kyiv. It was scary to imagine what it would lead to…

On February 26, tank battles started on Shulyavka. In the morning we saw traces of tank trucks near our house… The danger was very close. At night there was a powerful cannonade nearby. The only positive thing was that the city was resolutely and skillfully defended. Klitschko (ed. Kyiv Mayor Vitaliy Klitschko) constantly informed citizens about the course of events in the telegram channel. District administrations provided assistance to residents: water, food, medicine. The population was self-organized, civilian men joined the ranks of territorial defense. They eliminated the marks of saboteurs, poured flour on the stairs to detect enemy traces on the roofs and basements. People themselves monitored the observance of light masking and informed residents about the importance of such measures.

Many remained in Kyiv. For example, in the family of our friends, the husband went to the territorial defense, and the wife is an athlete and can shoot, so they decided that they would be able to protect themselves and a one-and-a-half-year-old child. But over time, more and more Kyiv residents left the city, although later it became increasingly difficult to leave. The subway worked at long intervals, gathering a huge crowd. Taxis were very expensive, and despite, hard to catch. There were crazy traffic jams on the roads, fuel problems. Our friends traveled to Zhytomyr 24 hours (ed. 150 km from Kyiv).

We got to the main train station on the afternoon of March 2 and could not leave until the evening. We were shocked with the insane number of people sitting on bags, standing, moving, honking, like in a hive, in semi-darkness, with trunks, children and pets. Some people became ill from anxiety and fatigue, others got mental aggravation and they shout something out loud. Patients who are unable to move are carried in arms and rolled in wheelchairs. A rabid crowd like an endless snake stretched across the entire station and underpasses for the trains to west Ukraine. Little Vika walked among this Babylonian pilgrimage quite calmly, without feeling danger. However, people ran on any train, almost without things, with the only desire - to escape. There was no express train for which we bought tickets, so we stormed another train. We were lucky that we were standing with things very close to the track on which the train in our direction was arriving.

We were going to arrive to the Caritas-Spes center, which we knew well and were already expected there. Here we finally got a chance to sleep, for the first time in a week. Anxiety gradually disappeared, we returned to a quiet life. We feel great here with my daughter. I am glad that the center coordinated self-organizing activities, and this is now the main condition for survival. In Kyiv, I have a brother who is incapacitated after a stroke, a sick father, and my mother who is insulin dependent (ed. a diabetic who needs daily insulin injections). I am very worried about them. It is good that they can be helped by neighbors who live nearby.

The story of Irina from Kyiv.

Since the beginning of the Russian invasion, Caritas Spes Ukraine has provided shelter to more than 19,196 people. Help continues. Help us help others.