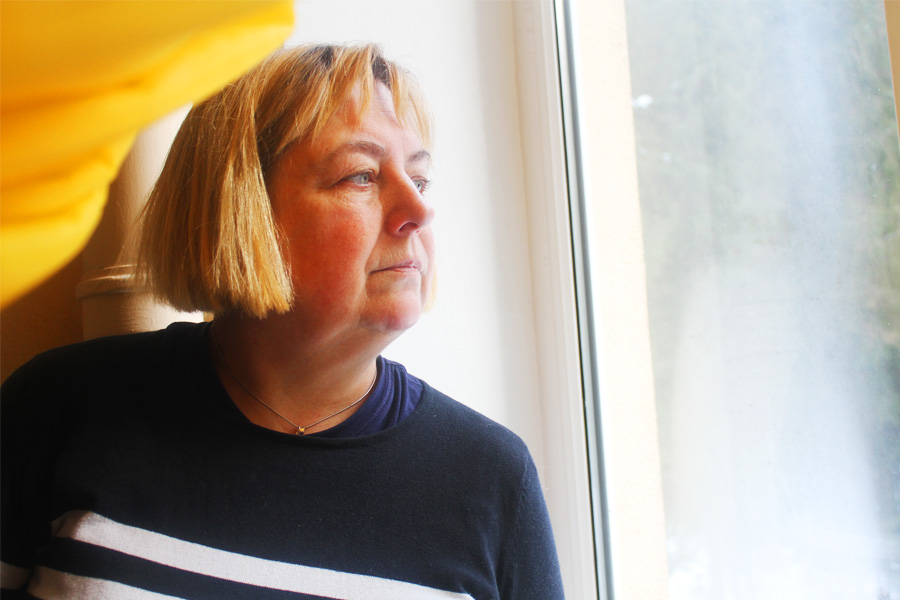 I'm from Kiev. I remember standing on the Maidan in 2004 and 2014. Then we did not allow them to do to us what happened in Belarus. The bells rang and we ran to the square to fight for the right to live freely. This struggle continues to this day.

I live in the Podilsk district of the capital City. Worked at the church. From the first days of the invasion, when the explosions and shelling began, we rallied with our neighbors: we equipped the underground parking, collected furniture, mattresses, blankets. We collected kettles, a microwave, and even baked cookies for the little ones. A children's room was set up for children, where they could be left under supervision so that adults could do urgent things. Neighbors took care of security; men were on duty "on the surface". We donated to the army our 200,000 hryvnias raised for building a fence near our housing.

In fact, bread shortages began in the city immediately. The shops were closed and the working ones were almost empty. When I asked about bread in one of the shops, the saleswoman took a loaf from under the counter and handed it to me. She even refused to take the money. Tears welled up in my eyes. I cut that loaf into pieces and hid it in the freezer to stretch for longer. Nearby, a Georgian baker began to bake fragrant and delicious pita. He traded at a loss. Sold cheaper than ever, who had no money, gave just like that.

When it became very dangerous in Kyiv, I thought, "We have to leave." I packed my suitcase and there was no transport to get to the station. Taxis did not respond. I went to the guys at the checkpoint with a request to send me with a ride. Chubby soldiers put me in a car with a woman with two children. It turned out that this woman was in the military, going to her sick mother. She herself is a soldier, authoritative among the military, and at every checkpoint the soldiers paid tribute to her. So, we got to the station. The platforms were crowded with people fleeing the war. Barely boarded the train to the west. There were 15 of us in the compartment: with babies, small children, dogs… We drove for more than a day in such conditions and were still glad to be saved. Here, in the Caritas Spes, I, a Catholic, found myself in my native spiritual atmosphere. I rest my soul and pray for all my relatives and for Ukraine.

The story is written by Agnia Bohun about her roommate...

Since the beginning of the Russian invasion, Caritas Spes Ukraine has provided shelter to more than 19,196 people. Help continues. Help us help others.